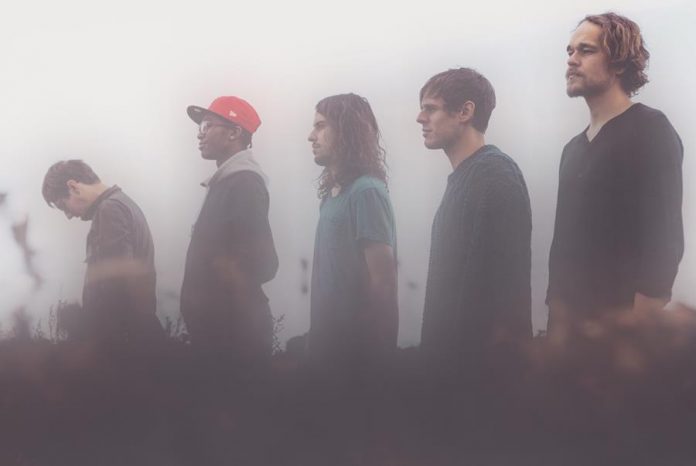 Little Comets have announced the first track ‘Common Things’ from upcoming album, ‘Worhead’. Priding themselves on their ultra DIY ethic, the band like to operate on an entirely uncensored level and their latest offering, ‘Common Things’ is no exception.

Offering breezy commentary on the beauty that lies within the oft-mundanity of a comfortable relationship, the song explores the enjoyment of ‘common things’ in the situation – even if those common things include such sensory, uncompromising delights as being regularly re-contaminated by cold sores, as is the case presented here…The concept is subverted in the upcoming video with visceral visuals presented in ordinary scenarios, a raw chicken being taken for a walk in the countryside, a spot of knitting with cured meats and a woman’s hands replaced with crunchy fishfinger morsels…

Featuring sunny, syncopated beats, the song opens up into a warm, uplifting wash of golden synth before retreating back to angularity with afro-pop flashes and vocal bursts. The buoyant percussion part was fashioned after vocalist, Rob Coles played lead guitarist, Mickey Coles a combination of a djembe, a bottle, a bike pump and a bit snapped off an old snare drum.

On the subject matter, Rob says:

“I suppose it is semi-autobiographical up to a point as I am quite a simple person and take more from the gaps than the need to fill them…Me and Mickey (as usual) wrote this one in his garage after Mickey had been playing a really obscure riff, which we adapted for the chorus melody. The verses came later as the need for a narrative became apparent.

I think what helped is that the chorus line paints a real picture of what the verses should be about. It was just a case of filling in the bits of the story; which fed from the idea of a couple being satisfied with just the simple things.”

You can listen to the track here: https://soundcloud.com/littlecomets/common-things