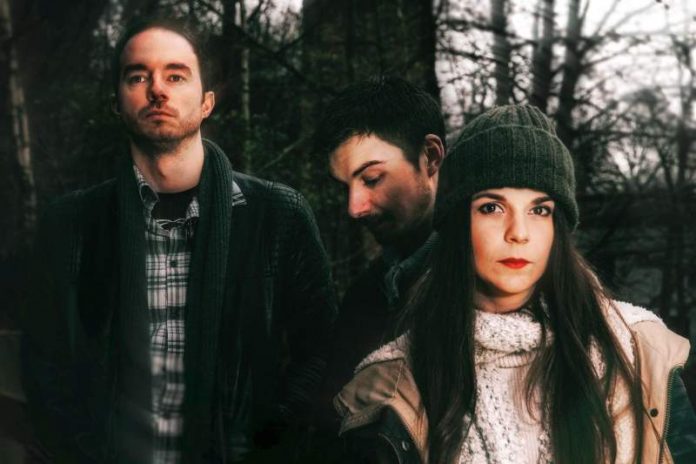 ‘Pulse’ is taken from the forthcoming narrative album ‘Ouseburn’, which explores the post-industrial redevelopment of the North-East of England. The group say “‘Pulse’ presents a bleak future vision of a sterile urban landscape where the ‘pulse’ of fringe arts spaces and creative/community hubs are slowly eroded to make way for the ‘silence’ of homogeneous, sterile modern housing developments; Pulse is presented as the inevitable culmination of the shameless profit motivated construction projects already taking shape around us in our hometown of Newcastle”.

Musically this reminded me of the early days of synth/electro music, there are strong reminders of the early Human League there for me. What I din’t quite expect was Bea’s vocals which have a distinct folky vibe. It’s an interesting mix that really works. And it has that ‘organic’ sound that early synth stuff had.

The way the group describe it, you’d be expecting something really bleak, but what you actually get is something that is epic, huge sounding and has a lot going on. This is seriously good.

You can listen to the track below.

You can catch Twist Helix  on the dates below:

Fronted by Bea Garcia, Twist Helix are an electronic alt-pop group based in Newcastle Upon Tyne. Having launched their debut single ‘Decade’ in a SOLD OUT concert at The Mining Institute in January 2016, the group have recently returned from their first European tour dates (including dates in London and Madrid) promoting their 2016 indie-concept album ‘Manifesto’.

Having played 47 live shows in 2016 and performing alongside national and international bands like Everything Everything, the Icelandic group Samaris and the Canadian duo Vogue Dots, 2017 promises to be a bright year for Twist Helix.

Twist Helix have appeared on the BBC in the UK, Cadena Ser in Spain and have featured prominently on the UK festival circuit (Stepping Stones, VW Leeds, Richmond Live, Northern Electric, PandoraFest and Oxjam amongst others) gaining a reputation for their “dramatic and joyous” live shows (NE:MM) and have since been nominated for a UBEAT TV award (Best Alternative Act).