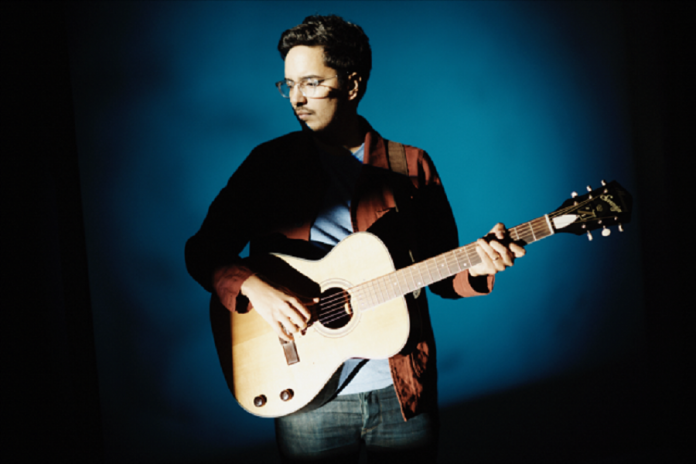 ‘Oh My God’ is the new single from Luke Sital-Singh, available to stream & download now. It’ is the third track to be taken from the Bristol-based singer-songwriter’s new album ‘Time Is A Riddle’, which will be released on May 12th on Raygun Records / Red Essential.

“Turns out relationships are difficult and worthwhile, complicated and calming, confusing and transparent, exasperating and tranquillising,” says Luke of ‘Oh My God’. “Basically the all time greatest thing to write songs about.”

The follow-up to his 2014 debut ‘The Fire Inside’, ‘Time Is A Riddle’ was recorded in Donegal on Ireland’s west coast with producer Tommy McLaughlin (Villagers). McLaughlin recruited a small group of local musicians, with Luke and the band slotting together effortlessly to record the album in ten days.

“There were big windows looking over the hills of Donegal, and it was raining the whole time, which was perfect for me,” says Luke. “We were playing and singing at the same time in this lovely big live room, with so much bleed, just the way records used to be made.

The natural, authentic nature of ‘Time Is A Riddle’ reflects Luke’s love of traditional crafts and the Slow Movement. His wife Hannah Cousins is an illustrator and printmaker who designed the album’s vivid cover, a lino print, and Luke will soon embark on a series of special filmed performances in the studios, workshops, foundries and ateliers of a host of Slow Movement crafts people he’s connected with up and down the country, including a Letterpress printer in Bristol, a ceramicist in Glasgow and a knife-maker in Derby.

With his friends Tom Heron and Paul Steel, Luke is responsible for the popular comedy podcast ‘Idiot Check’. Listen to the latest episode on iTunes

Pre-order ‘Time Is A Riddle’ here