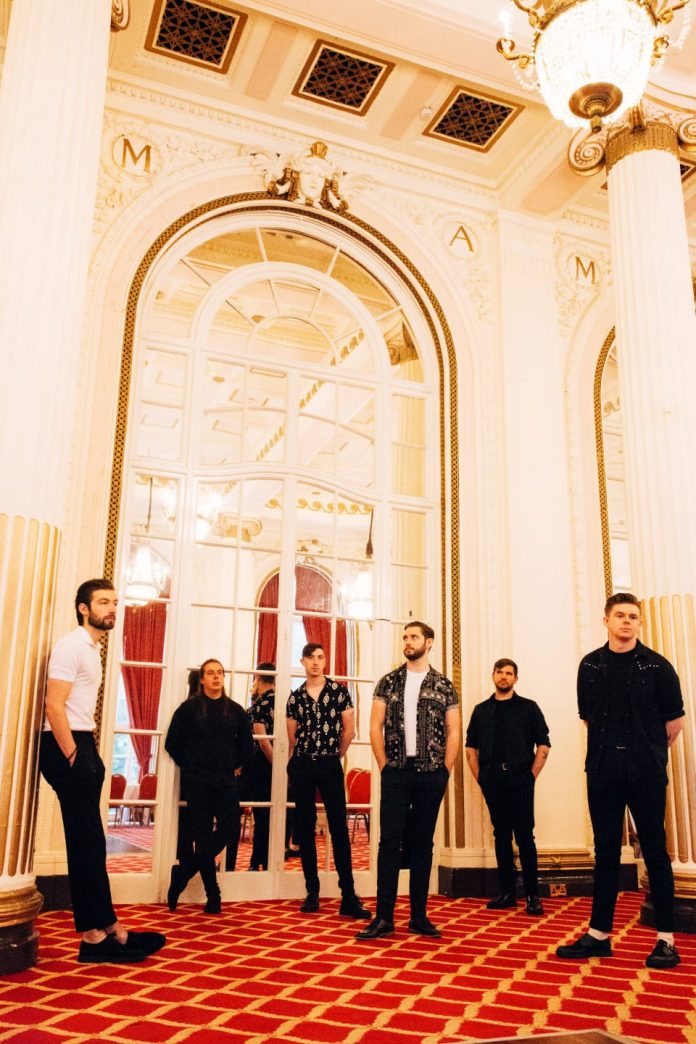 Just in case you’ve been getting withdrawal symptoms since the release of their debut album in January, RED RUM CLUB, are delighted to announce their return with one last hit to see out 2019: ‘Kids Addicted’.

A must-hear epilogue to the cinematic showdown that was ‘Matador’, ‘Kids Addicted’ is a brand new addition to the Red Rum Club arsenal. Definitive of their signature Spaghetti Western Rock’N’Roll sound, ‘Kids Addicted’ is an anthemic and emphatic last hurrah, a track that blazes with a furore of mariachi brass, snake-oil rhythms and galloping percussion.

Co-written with Rich Turvey (Blossoms), an esteemed songwriter and producer who has worked with Red Rum Club from their very early beginnings, ‘Kids Addicted’ bears an added emotional heft too. Speaking about the underlying message of the new track Fran Doran says:

“Kids Addicted is an observation we wanted to make on the modern age of social media and the effect it has on youth culture. The constant interaction with a vast amount of people and the highs and lows of its addictive nature.”

Loaded with a chorus of heroic proportions, the new single lands with what may be the band’s most ear-worm worthy moment to date. Destined to be bellowed to the heavens by their avid fans, expect a break out of “We are the kids addicted” mass singalongs this Autumn…

The new track arrives as the band buckle-up for a spate of UK dates throughout the Autumn, including a full run of headline shows nationwide. With tickets on sale now, full dates and details can be found as follows:

Releasing their magnificent debut album ‘Matador’ to critical acclaim and enchanting the crowds of the UK at bigger and bigger venues – Liverpool six piece RED RUM CLUB – have had a landmark 12 months.

‘Matador’ was recorded at the infamous Parr Street Studios in Liverpool, with added production assistance from Chris Taylor. With lyrics taut with all the grittiness of a high-noon drama and soundscapes bristling with the arid atmosphere of a cactus-studded panorama, Red Rum Club’s debut album ‘Matador’ invites the listener into a world of Spaghetti Western Rock’N’Roll. Packed with swashbuckling song narratives, gripping guitar lines and the trumpeting trademarks worthy of Tarantino’s finest film scores, ‘Matador’ lassoes the listener with 10 potently original tracks gleaming with widescreen ambition. From its Bandito blues to its Alamo allegro, the intrepid originality and knowing sense of adventure of this sextet’s outlaw oeuvre went down a storm with press and public alike.

Releasing their debut album worldwide at the beginning of the year via the Modern Sky UK label (The Blinders / Slow Readers Club), the record was hailed as an ‘ambitious debut from the Liverpool six-piece’ (4/5) by MOJO and “a fresh, rumbustious and exciting sound’ (4/5) by The Daily Express. With cavaliering thrills’n’spills in abundance, a string of high octane singles also saw the sextet take the airwaves by storm with nationwide radio play from BBC 6 Music (Chris Hawkins, Tom Robinson), BBC Radio 1, BBC Radio Wales (Janice Long) and Radio X (Ross Buchanan, Gordon Smart, John Kennedy); with the band also personally invited in to BBC 6Music by Steve Lamacq for an exclusive live session.

Winning over countless fans with tent-tipping sets at the likes of Glastonbury (including one Huw Stephens of Radio 1 who was so impressed he spontaneously donned a leather jacket and temporarily joined the band), Y-Not, Truck Fest, Sound City and Isle Of Wight Festivals, the band also embarked on a UK tour of packed-out venues throughout the Autumn, which included a momentous SOLD OUT show at the capacious O2 Academy in Liverpool.

Bowing out of 2019 on a high, the band will now release their irresistible new single ‘Kids Addicted’ on 20th September 2019.