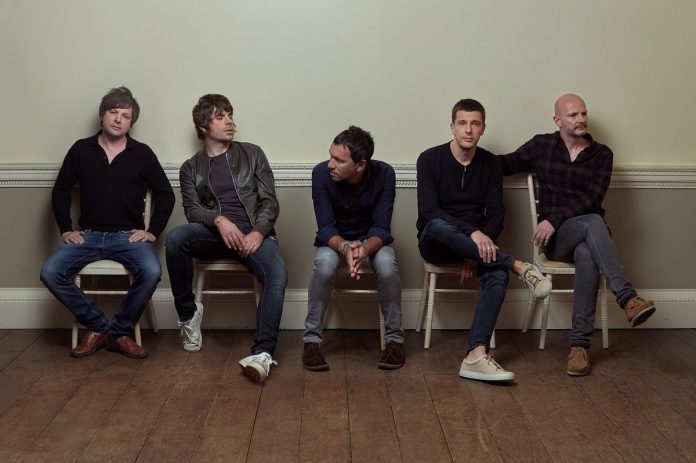 York’s finest Shed Seven are set to make one of indie-rock’s most triumphant returns this winter, having recently signed to BMG they release their first new album in 16 years and then embark on a tour that’s seen them shift more tickets than ever before.

Shed Seven were one of the leading lights of Britpop with two gold albums and 15 Top 40 singles under their belt. The band’s new album ‘Instant Pleasures’, which is released on 10 November and produced by legendary producer Youth from Killing Joke , who’s previously worked with other esteemed musicians such as Kate Bush, U2, Depeche Mode and The Charlatans, is their first new music in 16 years and seen enough pre-orders to have made the album a Top 10 chart album if it had been released any week so far this year.

‘Instant Pleasures’ is the most fitting title for this, their fifth album and their first since 2001’s ‘Truth Be Told’. Frontman Rick Witter remarks that it works in two ways. Not only is it a comment on our tech-obsessed, social media crazy, instantaneous world, it’s also a literal tongue-in-cheek reference to the tracks themselves. “Whatever you want these days you just click a button and you’re instantly pleasured,” says Witter. “It’s certainly the way the world seems to turn at the minute. But it’s also a nice little nod because if you were to play our album you’d be instantly pleasured. There are twelve pretty damn cool songs on there.”

The first single to be taken from the album is ‘Room In My House’. It’s a thunderous indie-rock anthem with Rick Witter’s distinctive vocals driving a track that wouldn’t sound out of place on their classic 1996 album ‘A Maximum High’.

Room in My House – Edit

In November and December, the band will undertake the biggest tour of their career, aptly-titled #Shedcember. They’ve sold over 50,000 tickets across the country with more shows being added to an ever-extending tour schedule and that’s before any fans have heard a note of music. The band will headline London’s 02 Brixton Academy on 16 December, with a career-defining live show set to be announced later this year.

‘Instant Pleasures’ will be available digitally, heavy weight vinyl, limited red vinyl, cassette, CD and a limited deluxe 2 CD featuring new tracks, demos and remixes.
Shed Seven will also be releasing a 7” Box Set which will contain seven coloured 7”s and one polaroid which will be unique to each box. Limited to 777 boxes, available exclusively via their artist store. PRE-ORDER ALBUM: