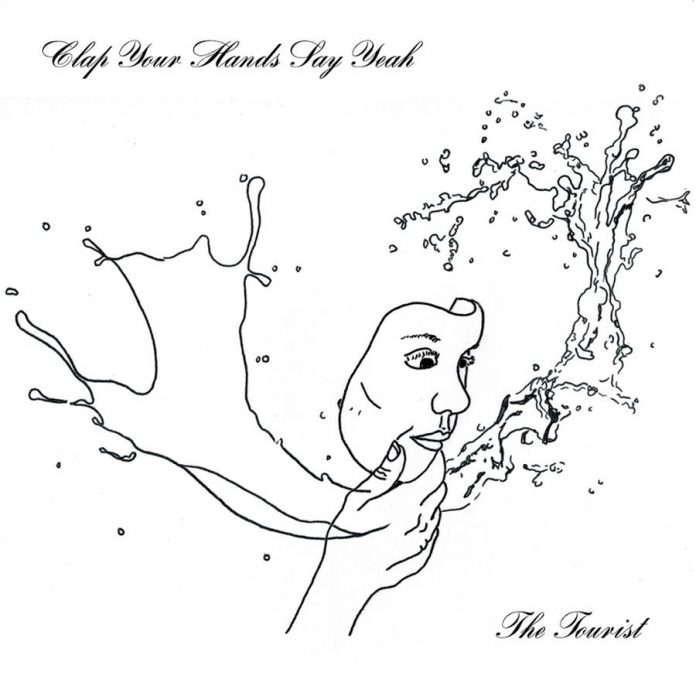 The band will be playing the following dates:

Clap Your Hands Say Yeah also recently shared their latest single ‘Down (Is Where I Want To Be)’, speaking about the new single, Alec Ounsworth said, “‘It’s a song about embracing a low feeling. Better to feel low than to feel nothing at all…”

Clap Your Hands Say Yeah’s 2005 self-released debut album set a precedent for how bands might begin to approach making music independently. The record — which vocalist/multi-instrumentalist/songwriter Alec Ounsworth wrote entirely by himself— received widespread critical acclaim and was named one of “The 50 Most Important Recordings Of The Decade” by NPR.

Like previous Clap Your Hands Say Yeah records, The Tourist nods to Ounsworth’s musical heroes—a group that includes artists such as John Cale, Robert Wyatt, Tom Waits and Nick Cave. However, this album also shows a natural progression from previous records. “Better Off” and “The Vanity Of Trying” are lush, keyboard-augmented songs, while “A Chance To Cure” and “Ambulance Chaser” are rhythmically askew, and the sighing “Loose Ends” is delicate, acoustic-based folk-rock.

No matter what the style, however, The Tourist‘s arrangements are laser-sharp and deliberate, without feeling labored-over. For example, “Down (Is Where I Want To Be)” combines piano flickers with anxious keyboards, gnarled electric guitars and teeth-baring drums—but yet feels cohesive, not chaotic.

The Tourist emerged from a period where Ounsworth was doing a lot of intense soul-searching, and processing personal events that irrevocably shaped his life and future. But although most of these songs came together during this time of reflection, he considers the record to be cathartic—an exhale of sorts, rather than a collection of songs where he was indulging in self-pity or letting things stagnate or fester.

“The album was a type of purge,” he says. “A purge of certain emotional confusion that manifested itself in the last several years. It was not an easy album to make, by virtue of the fact that it was an emotional time for me.”

Appropriately, The Tourist‘s lyrics reflect how complex upheaval can be (“We can beat around this bush together/Sometimes it’s all I think of/Other times I can forget”) and explore the imperfect nature of blame (“The car left the road and was found without its mirrors/You play the victim/And I’ll play the blind man”). Other songs try to make sense of the present time (“Now that the past is on fire/How can I look around and find I can’t remember who I was”) or employ clever wordplay— “Black cat let’s not split hairs/I’m tethered to the weather/I assure I don’t care about no lucky streak”—for effect.

“I wanted to experiment with packing lyrics,” Ounsworth says. “On this album, the lyrics and vocal melody effectively carry the songs, maybe more than anything else. Elvis Costello does this really well on his song ‘Beyond Belief,’ as does Paul Simon on his solo albums. I wanted not to overdo it lyrically, but do try to squeeze as much as I could out of certain phrases.”

Ounsworth spent about a week recording The Tourist at Dr. Dog’s Philadelphia-based studio with a drummer and bassist. After that, he and engineer Nick Krill spent a few months “tidying things up” and recording additional embellishments: backup vocals, keyboards, guitars and more percussion. That gives The Tourist more of a band feel than the last album, and contributes to why the record possesses a musical lightness. The dreamy opening track “The Pilot” especially has a lilting edge, courtesy of Smiths-reminiscent acoustic guitars strums and Ounsworth’s hiccupping, conspiratorial vocals.

The Tourist was then mixed by Dave Fridmann, who also worked on two previous Clap Your Hands Say Yeah albums, 2007’s Some Loud Thunder and 2014’s Only Run. Ounsworth says he and Fridmann are on the same musical wavelength, which makes their long-time working relationship an anchor of sorts. “Dave and I don’t necessarily stick with what’s easiest which is fine and anxiety-inducing, in a good way,” he says. “He challenges me to do something a little bit different.”

Having that space and freedom to explore as part of Clap Your Hands Say Yeah is crucial to Ounsworth and a vital part of the band’s identity. As anyone who’s seen him perform a living room show will attest, this mindset also often results in songs with dramatically different arrangements. But as a musician and leader of an independent project, Ounsworth prides himself on honesty across all aspects of the band, from live performances to the studio.

“I am a relatively solitary person and seem to work best alone,” he says. “I do count on others to help the project as the process of making and releasing an album moves forward, but if it doesn’t match what I have in mind, it’s hard for me to really be there for it. I guess this is one reason why the project has been independent all this time. Trust me, I understand that thinking this way is both an asset and a liability.”

However, this stubborn independence also reflects Ounsworth’s commitment to musical integrity. Clap Your Hands Say Yeah’s career arc is all about building on previous successes while staying true to a core artistic vision. And although The Tourist may have emerged from challenging times, it reflects Ounsworth’s uncanny ability to move forward, no matter what the circumstances.

“I’d rather not say that it was a dark time, but it was a difficult time in my life—among the most difficult,” he says. “But I needed and need to try to let it go. And this is how I let things go. Though it’s the same for any album—this one probably more than the others.

“But I have to try to do something each time that’s new and engaging for me,” he adds. “I mean, I could very well just write songs the way they were early on. But I don’t think that people would appreciate listening to someone just going through the motions. We have to build something to last, rather than just build it because it looks good at the moment.”