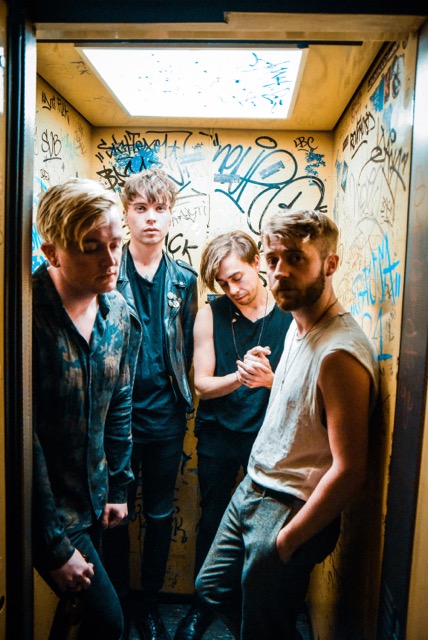 Fresh from touring with The Amazons, OTHERKIN have announced a new UK tour, ahead of a new live vinyl album which captures the band in all their raw ‘n’ ragged concert glory.

2017 was a landmark year for Otherkin. Having opened for Guns ‘N’ Roses at Slane Castle, rocked Download and Leeds/Reading festivals and toured with punk rock legends The Dead Kennedys, they released their debut album – “OK” – in September. This was immediately followed by an epic, fifty-one gig, ten-thousand kilometre jaunt around seventeen European countries, finishing with a triumphant, sold-out, homecoming show at Dublin’s Button Factory just before Christmas.

Recorded at concerts in Hamburg and Berlin last autumn; “Deutschland K.O.” is a punk-rock Polaroid of a band thriving in their natural element – the sweaty rock ‘n’ roll rooms where hearts are broken like noses, dreams are born, shoes are lost and the mosh-pit rules.

“Deutschland K.O.” will be released on Rubyworks’ vinyl and digital on Friday 6th April. Otherkin fans attending any of the UK tour dates will be able to buy the album at the venue ahead of the official street date.