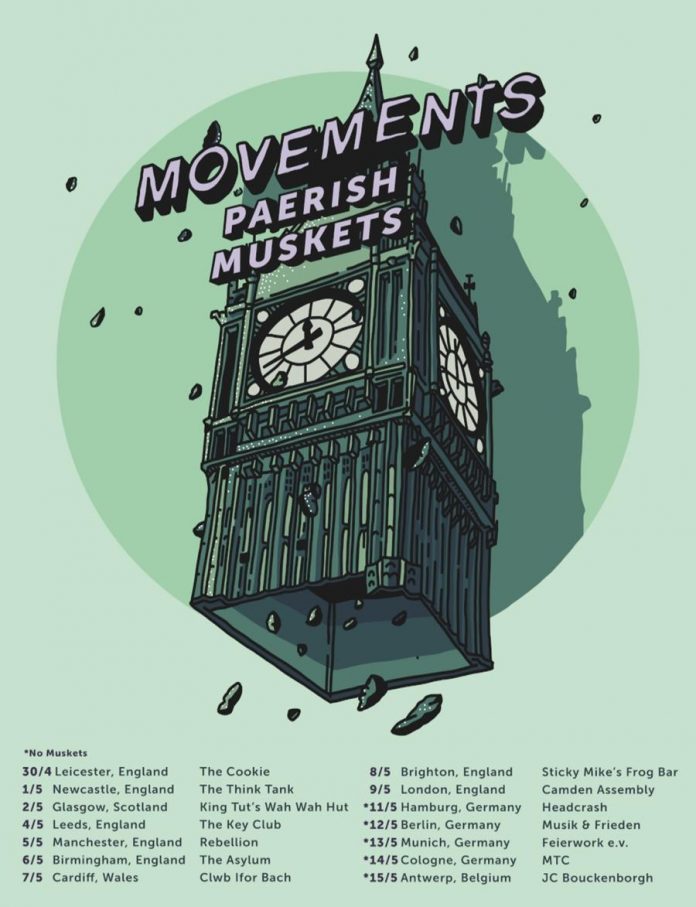 MOVEMENTS have announced that they will touring the UK and parts of Europe this April and May in support of their debut album “Feel Something” which was released to critical acclaim at the end of 2017 via Fearless. The dates span the length of the UK with support from Paerish & Muskets.

Produced by the highly-acclaimed Will Yip (Tigers Jaw, Balance and Composure, Title Fight), the 11-track album serves as the follow-up to the band’s successful Outgrown Things EP released in March of 2016.