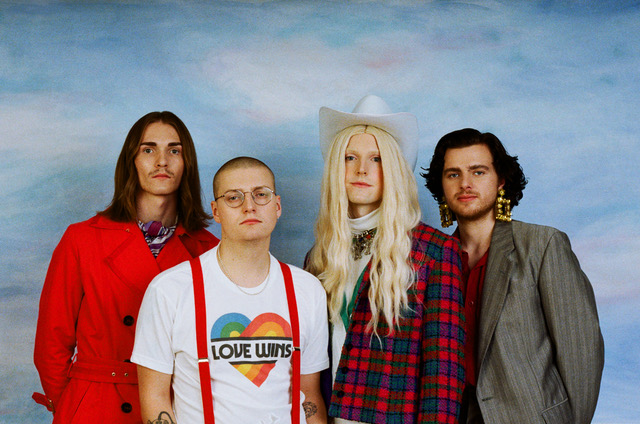 The band take to the road this April on a nationwide tour, including a night at London’s Brixton Academy (13th April) and sold out shows at Nottingham Rock City and Glasgow Barrowlands shows. They will be celebrating the release of Ulfilas’ Alphabet with in-store live shows at Rough Trade Bristol (3rd March), Rough Trade Nottingham (4th March), Crash Leeds (6th March) and Rough Trade East London (7th March).

Despite being only in their early 20’s, the Reading four piece have been together for close to 10 years. A steady rise came to a head with the their 2017 debut LP ‘Youth is Only Ever Fun in Retrospect’, which saw them headline a sold-out Brixton Academy and draw one of the weekend’s biggest crowds on the Second Stage at Reading Festival, with scores of latecomers forced to listen from outside. Ulfilas’ Alphabet, produced by Stuart Price (Madonna, The Killers, New Order, Pet Shop Boys) and Kaines (a.k.a. Alex Robertshaw from Everything Everything), sees Sundara Karma throw off all creative shackles and stake their claim as one of the most exciting bands to emerge in recent years.

Plus catch SUNDARA KARMA at: