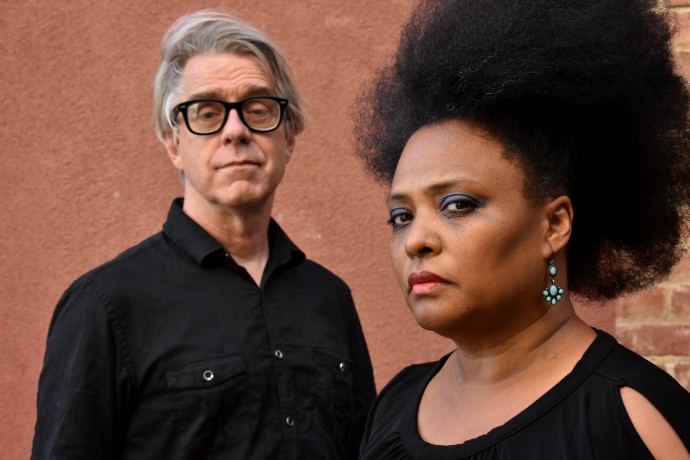 Punk. Funk. Rock. Soul. The main ingredients in a potent witch’s brew that the Bellrays have been mixing for a long time now. Returning with their first full new album since the release of ‘Black Lightning’ in 2010, ‘Punk Funk Rock Soul Volume 2’ follows the release of ‘Volume One’, the four-track taster EP released in 2017 as an appetiser for the main feast. ‘Volume Two’ arrives February 2nd via Cargo Record UK.

If music is food for the soul, then the Bellrays are thanksgiving and they know how to cook. The Bellrays strip down to the meat of what music means to them. Growing up in SoCal, they thrived on radio channels that broadcast more than once one kind of music. It was a party. ‘Punk Funk Rock Soul’ is their party with their songs and friends.

“We take our ear where our heart lives in simple song writing, making ourselves and hopefully all who hear it feel good,” explains singer Lisa Kekaula. “We are proud of its simplicity and love how the new songs sound like old friends. This release is a collection of songs that illustrates why we do what we do. We are not 20 year olds and that’s okay. We are proud of our mileage and journey and PUNK FUNK ROCK SOUL validates our comfort in what music means to us. Viability, trend and meaning are up to the eye of the beholder…we like to rock.”

Catch the band live at the following dates in March 2018

THE BELLRAYS: IN PROFILE

Career Objective: To bring Live, High energy Rock and Soul Music to anywhere in the world we can get to.

Work Experience: 28 years of independently writing and performing music in a wide variety of situations, including, but not limited to: festivals, night clubs, parties, television shows, community events, radio shows,

Compared to:The BellRays is frequently compared to/described as “The Stooges meet Aretha Franklin”.” Tina Turner and the MC5″, “James Brown being kicked in the balls by the Who”

Motivation: We do it because we must. Who else is gonna do it?

Career Goal: For audience to be involved and responsive.

Inspiration: Always do something that matters.

Sucesses: Having been able to perform for a living for the last 18 years.
Music Description: The BellRays is a high energy, Rock and Roll band. Come and see us and form your own opinions.

Why do it: Good at it. Love doing it. People keep coming to shows.

Target: Our audience is anyone of any age, race, or gender who loves music. They love interaction with a band on stage. They like the fact that what we do is real and honest.

They Glued Your Head On Upside-Down tester (2002)