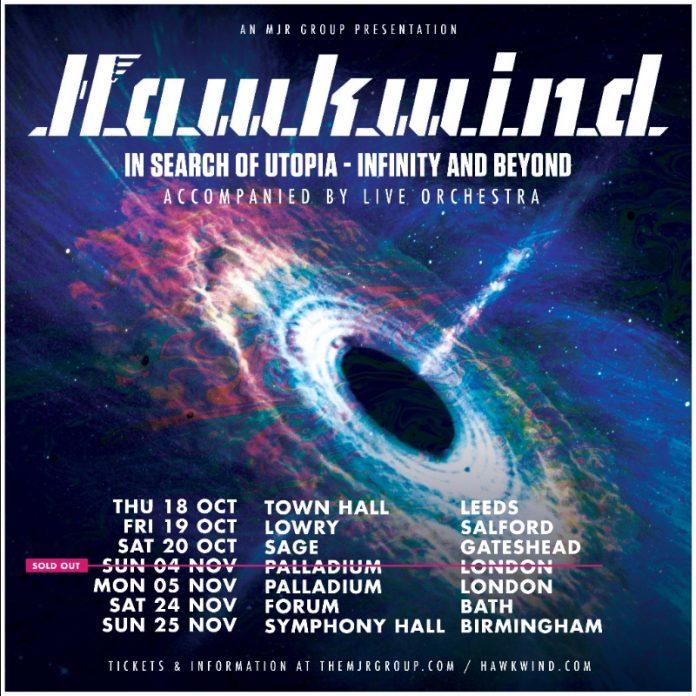 Due to overwhelming public demand and having sold out the iconic London Palladium 10 months in advance, renowned space rock band Hawkwind have announced further UK dates with their brand new concept show ‘In Search of Utopia – Infinity and Beyond’.

For the very first time in their illustrious career, the band will be joined by a live orchestra in what promises to be amongst their most exciting and ambitious live concerts to date.

The score for the show is produced by the legendary Mike Batt. Known as both the man who discovered Katie Melua and the musical mastermind behind The Wombles, he has had a stellar career across radio, film and TV working with musicians such as Roger Daltrey, Lemmy, Status Quo and Huey Lewis. He has also has conducted some of the world’s greatest orchestras including the London Symphony and Royal Philharmonic.

Tickets for these new live shows are available via pre-sale on Thursday 1st February at 9am, and on general sale to the public from Friday 2nd February.