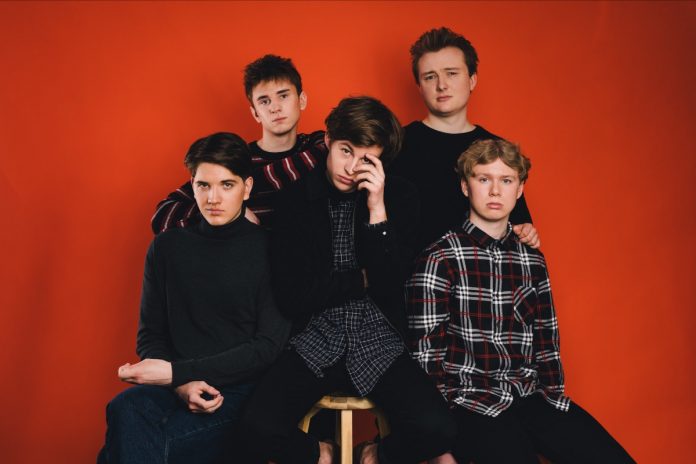 GIANT ROOKS have announced further tour dates, following the release of their much-anticipated second EP, WILD STARE, which was released on 19th April on Virgin Records. Having played a set of 7 UK dates in support of the release, including headline shows at Manchester’s Gorilla, Bristol’s Louisiana and London’s Hoxton Square Bar & Kitchen earlier in the year, they have now announced a small run of dates for October.

Still in their early 20’s and with a sound that is crossing European borders with ease, their brand of indie has broken out of Germany through a combination of intense live shows and the incredible quality of songs.

Heralded as one of the most outstanding newcomers to come from Germany in many a year, with WILD STARE they showcase their musical spectrum, exuberant talent and infectious serenity.

In 2015 singer Frederik Rabe, guitarist Finn Schwieters, bassist Luca Göttner, keyboarder Jonathan Wischniowski, and drummer Finn Thomas started Giant Rooks in their hometown of Hamm in North Rhine-Westphalia, Germany. The band won the prestigious Pop-NRW-Award, went on numerous tours with German heavyweights such as Kraftklub and Von Wegen Lisbeth and have played at major festivals both at home and abroad.