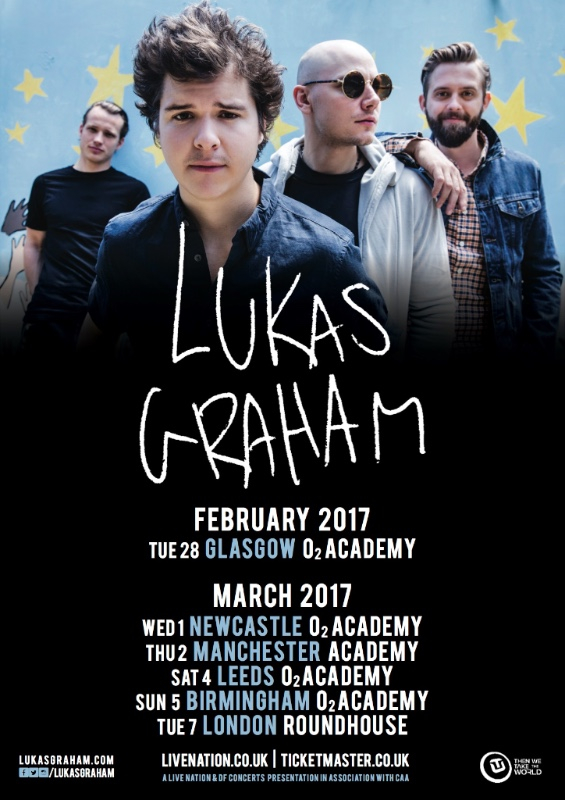 Lukas Graham will embark on an expansive headlining tour early next year. The tour kicks off in February 2017 in the UK, where the band have just finished a small run of sold out shows, and crisscrosses the globe through mid-April, making stops in Ireland, Belgium, Holland, Germany, Austria, Hungary, Poland, France, Switzerland, Italy, Spain, Portugal and more along the way.

Lukas Graham’s self-titled debut album has received overwhelming critical acclaim since its April 1 release, debuting at #1 in Canada & Australia, #2 in the UK and New Zealand and #3 on the Billboard 200 in the US and propelling the band further into the global spotlight with what the New York Times describes as “neatly turned songs that merge the lilt of pop-soul with the quick cadences of hip-hop.” Hailing from Christiania, an autonomous, artistic community in the center of Copenhagen, Lukas developed his natural talent for honest and gritty songwriting. Classically trained with the Copenhagen Boys’ Choir, with a musical scope widened by his Irish folk roots and passion for hip-hop, Lukas possesses a distinct, poetic ability to capture the full range of emotions in his music.