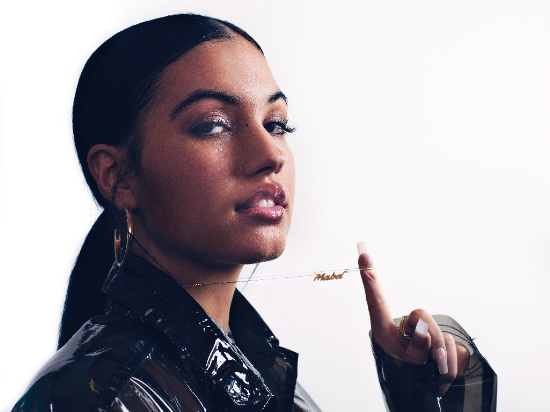 Mabel has today announced details of her biggest headline tour to date. Pre-sale begins this Wednesday at 9AM with general sale commencing on Friday (June 29th).

Mabel also features on the infectious new single from Jax Jones, ‘Ring Ring’ (alongside Rich The Kid), in addition to dropping her solo COLORS session last week, where she performed a beautiful version of mixtape highlight ‘Ivy’.

Her newly-announced winter headline tour looks set to cap an incredible 2018 for Mabel. Already this year, she has been nominated for her first BRIT Award (Critics’ Choice), toured across Europe with Harry Styles, seen smash hit single ‘Fine Line’ go Gold and play a 13-date headline tour across Europe. Along the way, Mabel has collaborated with the likes of Not3s (‘My Lover’), Raye & Stefflon Don (‘Cigarette’), plus continue work on her debut album. Repaying all her early promise in the process, Mabel has emerged as one of the UK’s most refreshing and positive young musical role models, with songs that frequently explore everything from female independence and the challenges of modern relationships to growing up, and into your own skin.

Currently conquering the festival circuit – where platinum-selling single ‘Finders Keepers’, following its five weeks in the top 10, is rapidly emerging as an anthem – Mabel appears to be taking each increasingly-surreal experience (see a recent, viral set at Wembley Stadium for Capital FM’s Summertime Ball) fully in her stride. As she continues to blossom into an international pop star, catch Mabel on tour this winter – whilst you still can.