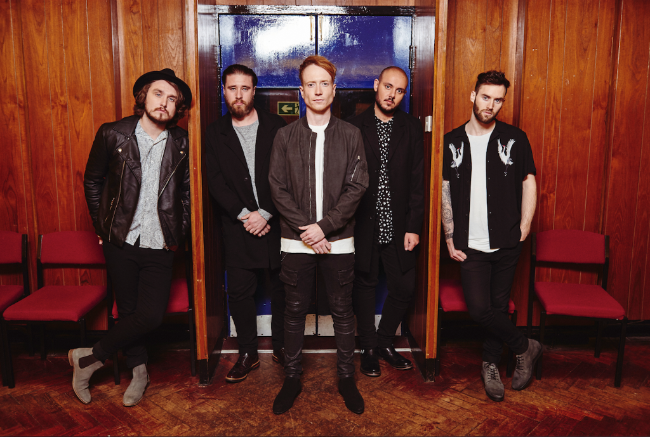 Mallory Knox have announced an exclusive set of in-store performances to celebrate the release of their third album ‘Wired’, released March 10th on RCA. The special pop-ups will see the band take their unique ‘Unwired’ live performances across the country, starting off in Sheffield HMV on March 10th, Leeds Crash on March 13th, Manchester HMV on March 14th, Kingston Banquet on March 15th and finishing up with what promises to be a show stopping performance at HMV, Oxford Circus on March 16th. To coincide with the release of ‘Wired’, the Cambridge rockers will also head out on a UK headline tour, including two underplay shows at London’s Koko in April.

Defined by psychological conflict, ‘Wired’ documents a journey of self-discovery for Mallory Knox. “Sometimes the biggest part is the realisation that you are fucked up,” vocalist Mikey Chapman says, “and you do need to sort yourself out if you’re ever going to find a pathway to happiness, that leads you away from the vices that deafen you daily.” The future of the band, though, seems impossibly bright.

Breaking free of the restraints that bound them over the first two albums – inexperience, self-doubt, a restricting reverence to their heroes and a reputation as rock’s latest nice guys – Mallory Knox are back – and they’re laying bare their souls, kicking at their boundaries, savaging their sound and expanding their worldview. In the process, they are becoming the vital voice of the modern rock generation; damaged, informed, driven, torn between happiness and hedonism and utterly, utterly wired.

‘Wired’ will be released March 10th on RCA, including the following tracks:

Mallory Knox will play the following live dates in 2017. Pre-Sale tickets will be available on 2nd November here: http://smarturl.it/MXpresale