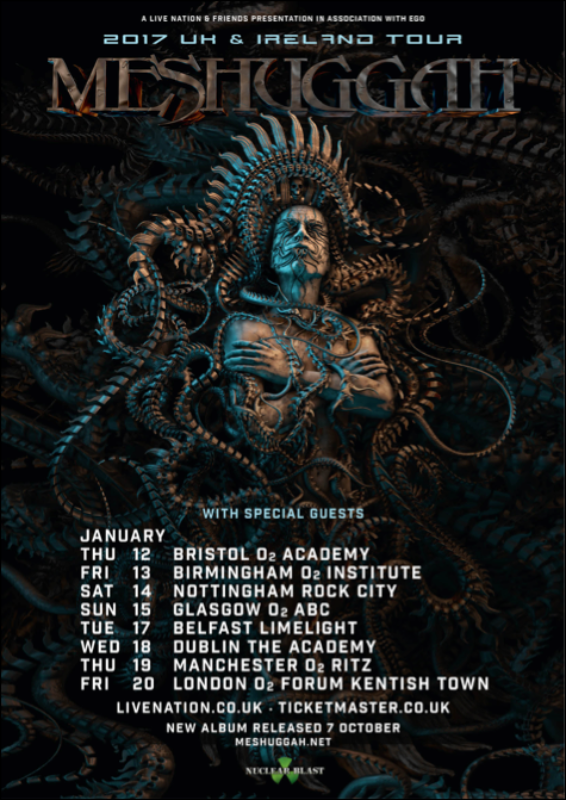 The ninth wonder of the unnatural world, extreme tech-metal messiah’s MESHUGGAH have just announced a UK & IRISH leg of their winter tour.

Following the cries of British and Irish metal fans all over the island, MESHUGGAH have announced a lengthy January tour on these shores.

This comes after the previous news that the Swedish tech-metal pioneers will play all over Europe later this year following the imminent release of their anticipated as-yet-untitled new album (expected Autumn 2016.)

Tickets are on-sale from 10am on Friday 3rd June priced at £22.50 adv. London / £20 adv. Regionally (subject to per-ticket charge plus order processing fee) and are available from www.livenation.co.uk