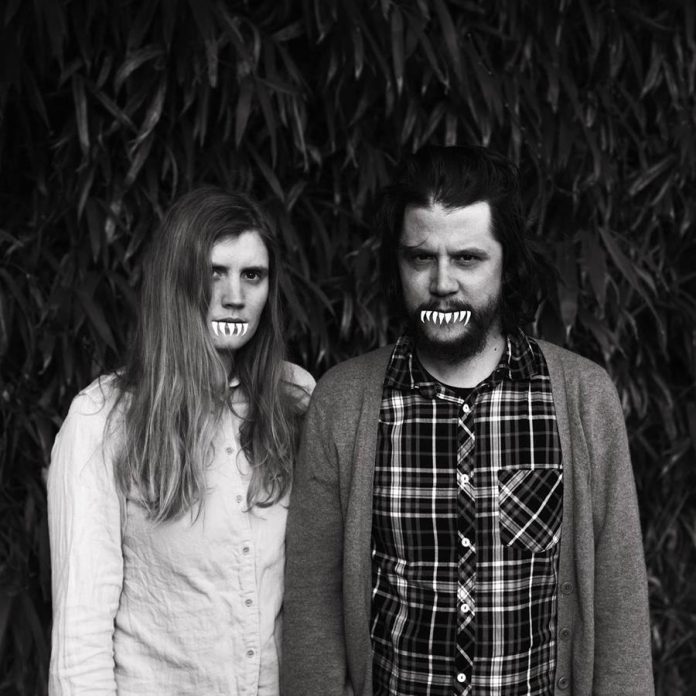 Tour dates are as follows:

New album out now via On The Camper Records

Peter Kernel is a Swiss Canadian post punk band formed in 2006 by graphic designer Aris Bassetti (Swiss) and filmmaker Barbara Lehnhoff (Canadian). The two met in visual communications school in Switzerland and quickly launched the band and their own label On The Camper Records. Now the duo celebrate the release their third album ‘The Size Of The Night’.

Speaking about their forthcoming album, the band said “What is the size of the night? How can we measure the night? The night is a very personal moment. It can be majestic; spent indulged in love and joy or terribly frightening; filled with nightmares and fear. The size of this moment is hidden in the details that shake our bodies and keep our hearts beating.

In this album we took off the darkest and most mysterious part of our persons and transformed it into songs. We don’t have instructions to not make mistakes or not hurt people around us or to love in the most proper manner. We just live. We do good and bad. Sometimes we learn but often we don’t, and simply go ahead doing mistakes. We’re complex. We can act stupid and feel lost inside. We can miss each other yet not talk to each other when we’re together. This album expresses this new consciousness we found ourselves exploring throughout these past months.

There are some very serious songs and others seem surreal, but each one of these creations form The Size Of The Night in it’s greatness and in its darkness. Through this album we’re trying to accept that we can be very sensitive people and at the same time we can be asshole. And that it’s alright.”