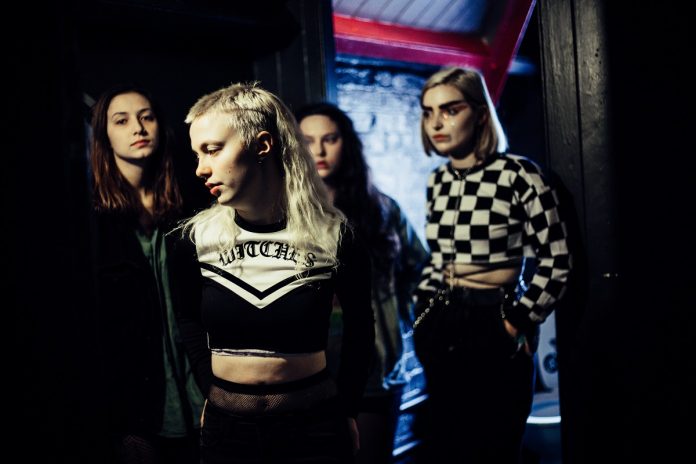 “They are raw, in your face and making a glorious and beautiful racket, are full of explosive and kinetic energy and collapsing new riffs and are going to make a noise musically and culturally…” – John Robb / Louder Than War

With influences ranging from The Cramps, to Sonic Youth & Nirvana, Witch Fever certainly have a great range of inspirations to help hone and progress their inherent talent. The band stated that what they do musically is driven by “A love for writing and performing.” They continue, “We’re all passionate about music, and through playing together we continue to encourage and empower eachother. We are also driven by the importance in disproving all the stigma and stereotypes attached to female musicians.”

So far, Witch Fever have already secured a support slot for The Moonlandingz, were featured in the first wave of announced artists for Neighbourhood Festival and have been signed to Black Bleach Records. They are pleased to confirm a string of live dates, including festival appearances for Spring 2018.