So how do you review a video single? Video first, music first, or try and review the two as one whole thing? For Hands off Gretel’s video single I’m guessing both the music and the visuals formed at around the same time so it would be fairer to review the music and the video as one whole thing. But I’m not going to be doing that, I have my reasons.

Let’s listen to the song first. The band’s Facebook Page has been dropping hints about new music for a while and more recently talking about the new album that they are recording. Plus the band has gone through some line-up changes over the last few months, so has that influenced a change in the band’s sound?

For me it has – yes. It’s still obviously that Hands Off Gretel sound – a big part of that sound being Lauren’s voice which hasn’t lost any of her usual power – but for me that sound has shifted up a notch or two. Clearly the band are progressing. This is one powerful track. It has a tune – honestly you can hum it, it has ‘light and shade’ and it rocks. Standouts musically – Sean’s guitar breaks made me go ‘mmmmmm, that’s really nice’.

So what’s the song about? Well there’s always a degree of ambiguity in Lauren’s lyrics but it appears to be about the narrator’s inner child and bringing someone down to her size and into her world. Somehow I get the idea that she feels smaller and less mature than other people, and has set up a reality of her own where she’s in charge. Although I may well be reading more into it than there actually is.

If ‘My Size’ is an indication of the material on the forthcoming album then we’ve got something to look forward to.

Which brings us to the video. On the one hand this could just be a simple fun-filled visual telling of the song’s story. On the other, well it’s slightly disturbing to be honest, especially after you’ve watched it several times in a row. The phrase that comes to mind is ‘Alice in Twisted Land’. Lauren in full-on ‘inner child’ mode treating ‘adults’ as living dolls. Watch it for yourself and see what you think.

The Single is available from iTunes 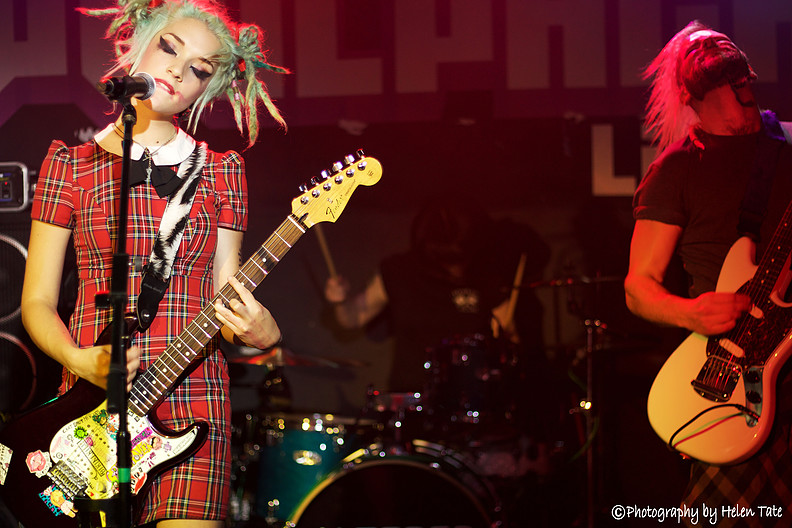 Alternative Press have featured the band as one of the 12 bands you need to know about in their February 2016 Edition.

The band start recording the new album in February and have a few live dates lined up.