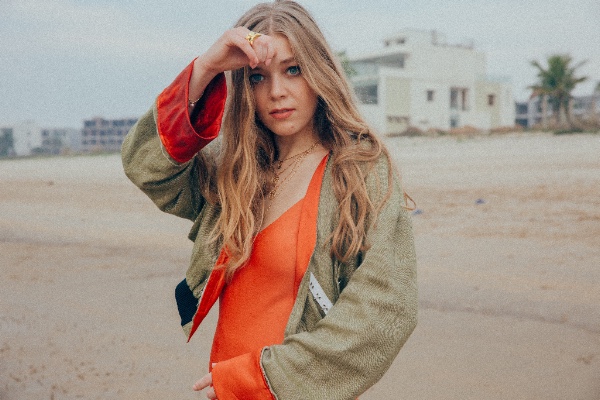 Having just dropped brand new single ‘Sunrise In The East’, her first for Polydor Records, Becky Hill has premiered a video for the track. Shot in Vietnam earlier this year, the visual was directed by Michael Holyk (Jake Bugg, Sam Smith, Sundara Karma). “Vietnam is one of my favourite places in the world,” Hill reveals.“To get to do a video there was a dream come true. With 21 hour days and intense shooting it was also the hardest shoot I’ve ever had to do. The team were amazing, everyone knew the job they had to do no matter how little sleep we got. It’s my pleasure to present my brand new video for ‘Sunrise in the East’.”

To coincide with the video release Becky has announced a UK headline tour for this autumn. Tickets are available for pre-order via O2 from 10am 27th June, and on general sale June 29th here, excluding Glasgow tickets which can be purchased here.

With its elastic beats and warm, summery synths, ‘Sunrise In The East’ is a captivating first strike that has won over tastemakers from Popjustice (who described it as having“all the ingredients of a massive crossover pop moment”) and Annie Mac, who praised Becky’s unique voice. Hill wrote the track with Maverick Sabre and Lost Boy and it was produced by ADP. It captures the exhilarating flourish of a new relationship, of discovering someone on a deeper level. ‘Sunrise In The East’ is the first taste from her forthcoming debut album which she is currently working on with the likes of MNEK, MJ Cole and Two Inch Punch.