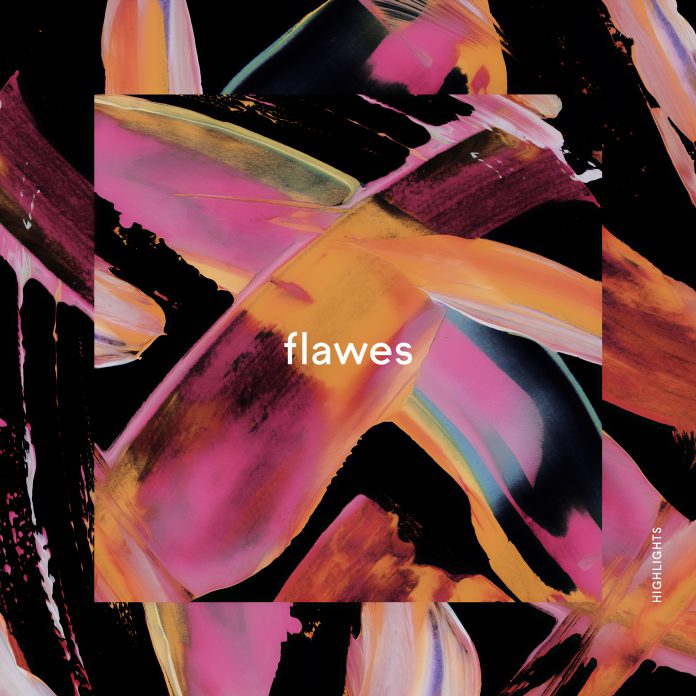 Fresh off the back of their huge UK & European tour, fast-rising British alt-pop band Flawes will release their highly anticipated debut album ‘Highlights’ on January 31st.

The album will be released alongside the spine-tingling title track ‘Highlights’ which was co-written with Nick Atkinson and Ed Holloway (Lewis Capaldi, Gabrielle Aplin).

“The song ‘Highlights’ explores my relationship with social media, and how in certain instances it can affect real life relationships and the real world in a negative way. I tend to always overthink situations, so it’s a cynical look on this that builds up to the line “Nothing’s real but no one needs to know”.”

In what has been an exciting 3 years for the London based band who originally came from Huddersfield, they bolted from the seams and were picked up by Radio 1 before ever having performed live. After the two years of incessant touring that followed (including shows with Ella Eyre, Maximo Park, Francis and the lights, Chloe Howl and Safia), JC, Huss and Freddie took a step back, re-calibrated, and crafted the sound that would go on to define them.

Their debut album ‘Highlights’ is the musical embodiment of this; the band’s sonic evolution over the years. The result is a collection of the very best of their bolder, sleeker and defiantly uplifting sound, tailor-made for both dancefloors and festival fields.

Speaking of the album, the band said: “Highlights’ represents the journey we’ve taken as a band over the last three years. Our sound has naturally evolved and we couldn’t be happier with where it has ended up. These 12 songs are quite literally the highlights from the writing process.”