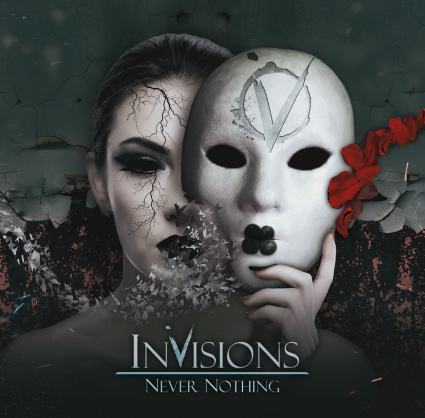 “‘Never Nothing’ refers to a theme that is lyrically consistent across the album. Almost every song relates to how everybody hides behind a front but actually there’s so much more going on. People in today’s society love to pretend that they’re immune to any extreme of emotion when in reality that is never the case.”
– Alex Scott, Guitars

INVISIONS have released two singles from the record so far – the first Turn Up, an in-your-face party anthem that premiered with Rock Sound and Kerrang! Radio, and more recently Purge, which showcases a darker side to the band’s high octane, infectious breed of metalcore.

With deep roots in the York music scene from previous bands, the demise of these projects led to the formation of INVISIONS in early 2016 with a collective vision to create hard hitting, adrenaline-fuelled, heavy music. Jumping in at the deep end, the band hit the rehearsal room to craft the foundation for their sound.

Now armed with a trophy cabinet of songs to unleash on an unsuspecting world, and gearing up for a UK tour in July, INVISIONS are ones to watch.