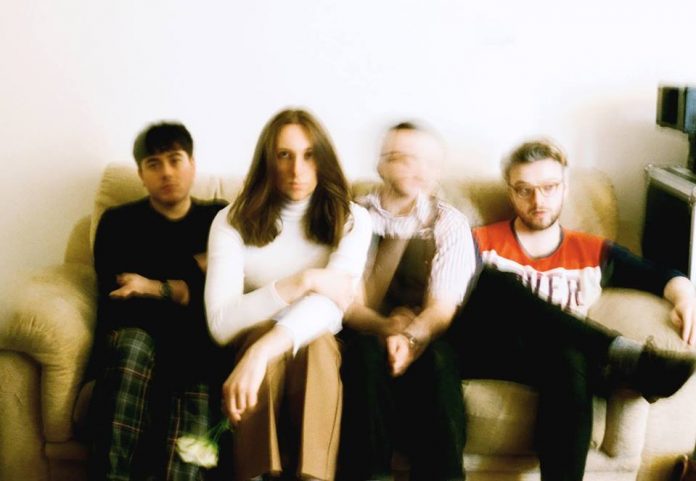 Glasgow’s Catholic Action have unveiled another taste of their forthcoming album ‘In Memory Of’ with the slick, low-slung anthem ‘Black & White’. A calculated and precise slow-burner, ‘Black & White’ inverts the raw and unpredictable sound showcased on previous single ‘Propaganda’.

Catholic Action are set to take their album out on tour this November alongside Nottingham upstarts Kagoule.

‘In Memory Of’ is the sound of a band in total control of their sound. Combining a youthful energy with the innate pop songwriting prowess of Chris McCrory, the album shines with a rarely seen confidence. Despite having nods toward guitar pop from the past and present, the album has its gaze truly fixed in the future.

Pre-order In Memory Of here – https://catholicaction.tmstor.es/

Catholic Action formed in 2014 and quickly began making a name for them with their memorable and characterful songwriting. McCrory is already a producer in his own right, having worked alongside Siobhan Wilson, Breakfast Muff, The Pooches, Palm Honey and more, and co-produced their debut album alongside Margo Broom (Fat White Family, Goat Girl, Dead Pretties). In Memory Of was then mixed by Rich Turvey (Blossoms, Clean Cut Kid) and Tom Longworth (Vryll Society, Tom Speight).

The band have received incredible support from BBC Radio 1 with their first two singles, as well as earning them spots at BBC Radio 1’s Big Weekend and SXSW with BBC Introducing. Catholic Action are fast gaining a reputation as a formidable live act, having shared stages with the likes of Franz Ferdinand, Swim Deep, Teenage Fanclub and The Magic Gang.