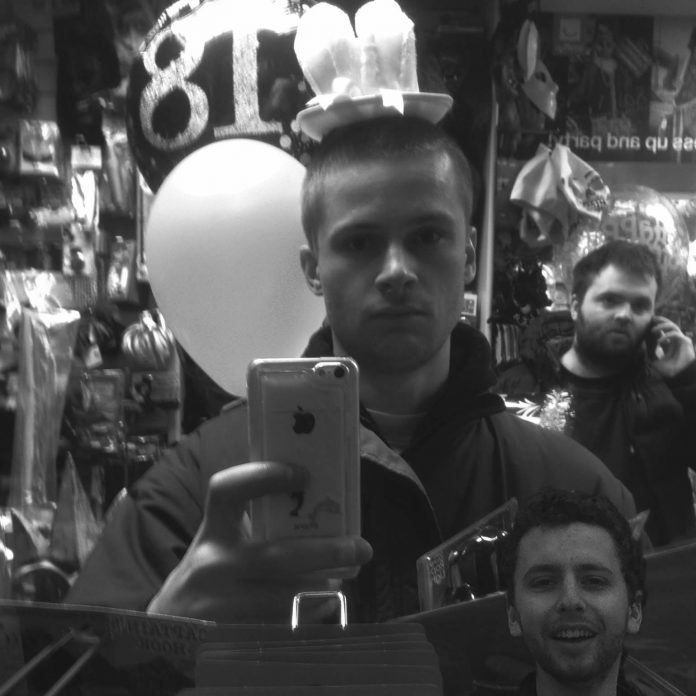 When Happyness first burst into the public conscience with 2013’s debut single ‘It’s On You’, their spirited take on US college rock was as big a surprise as it was an instant hit. The resulting full length, Weird Little Birthday, went on to feature in many of 2014’s End of Year album lists. Worldwide tours, an NME Award, a re-issue on the much-loved labels Moshi Moshi Recordings (Bar/None in US), and millions of Spotify plays later, it is with some anticipation now that the band finally set about releasing the follow-up into the world.

‘Write In’ was self-produced in the same space (their own affectionately named “Jelly Boy Studios” above a now-abandoned bookshop) with the same gear and the same mixer, and is a confident and ambitious move forward. Later mixed with Adam Lasus at his LA home studio, ‘Write In’ sets its stall out as an outward looking, inventive, and thoughtful progression from their debut. Laced with their deeply English sense of awkwardness and self-effacement is integral to the process (says guitarist / vocalist Jon EE, “if we weren’t self-deprecating we’d get a lot worse very quickly”), this is clearly a band no longer afraid of big songs and the crucial moment of connection with a wider audience.

Where ‘Weird Little Birthday’ took its cues from the likes of Sparklehorse, Wilco, Yo La Tengo, and Pavement, artists including Roxy Music, The Beach Boys, Randy Newman, Sonic Youth, Big Star and Pierre Cavalli are cited as influences here. Existing fans will no doubt pick up the remnants of Teenage Fanclub and Velvet Underground lurking in there too.