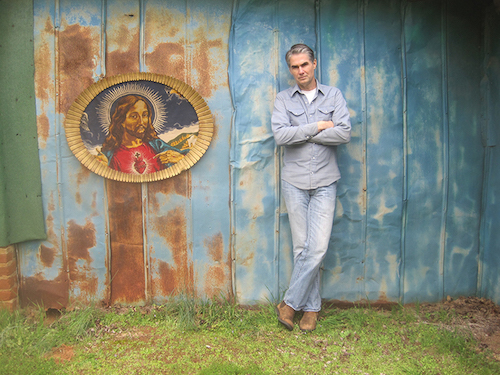 Jim White is set to release new album ‘Waffles, Triangles & Jesus” and has announced his European tour dates. “White remains one of modern music’s most fascinating artists”, according to The Line Of Best Fit, who spoke to Jim White about his forthcoming new record and new song, ‘Far Beyond The Spoken World’. Discussing the inspiration behind the new track, Jim explains:

“All my life I’ve battled the considerable undertow of fear of abandonment. It was never crippling, but was certainly ever present. This song was written at a time when I was first becoming aware of the dimensions of that issue. I’ve spent much of my adult life alone (I have kids, but no partner), in great part due to some serious psychological baggage I acquired as a child. As I enter the later years of my life I’m working to better understand those complexities and not let them overly dictate the circumstances of my life. The riff came together when I was playing banjo one day and suddenly I stumbled upon the core pattern in the song. As I repeated the lilting riff over and over suddenly the words to Far Beyond came flying into my mind. This is a song I haven’t thought of or sang in some 30 years. Interesting how the subconscious has its way! So it’s a collision of intuitive elements.”