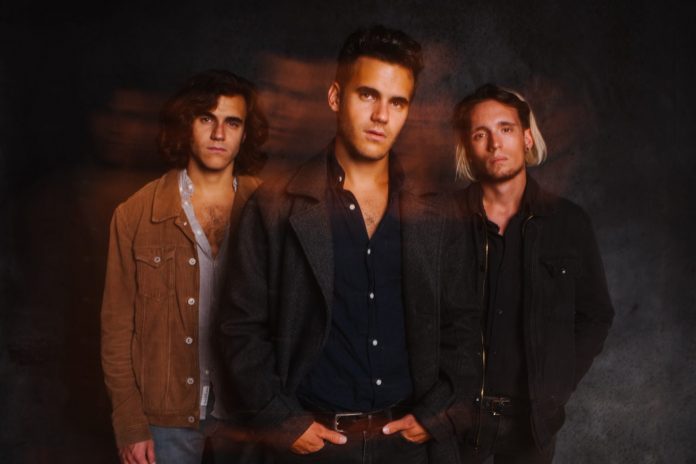 Atlanta rock band The Head release their new full length album ‘Space’ in the UK this Autumn to coincide with an extensive run of shows across the nation. Currently on tour in the US, the band’s current run spans over 50 dates, including 14 cities in the United Kingdom.

Speaking about the upcoming UK tour, The Head said, “People can expect us to be playing songs mostly from our new record Space. We have a few brand new songs that we’ll be debuting as well. This will be our first time ever touring the U.K., so to say we’re looking forward to it is an understatement. Most of the bands that have impacted us hail from the the U.K.—bands like The Stone Roses, Echo & the Bunnymen, Spiritualized, Milburn, The Action, to name a few. The U.K. has always had a rich history of groundbreaking bands, so we’re excited to be playing in the land where it all began for us. In a way, we feel like we’ll be coming home.”

Brothers Mike Shaw (bass, vocals) and Jack Shaw (drums) and Jacob Morrell (guitars) have been jamming together since high school, writing and performing original songs inspired by the bands they love: trippy Brits like Stone Roses, Spiritualized, Ride, The Verve and Echo and the Bunnymen, and moody Americans like The National, Scott Walker and early R.E.M.

Over the years The Head have opened for/shared the stage with Primal Scream, Lucy Dacus, Those Darlins, Steve Wynn (of the Dream Syndicate), Shovels and Rope, among many others. They’ve also just wrapped up recording sessions at John Vanderslice’s Tiny Telephone Studios in San Francisco, CA.
After logging more than 200 nights on the road, The Head returned home to Atlanta to record with producers Tanner Hendon & Wyatt Oates at Madison Studios in a room anchored by an SSL board that previously recorded albums by Matthew Sweet, Bruce Springsteen and Pearl Jam when it lived at the old Southern Tracks studio.