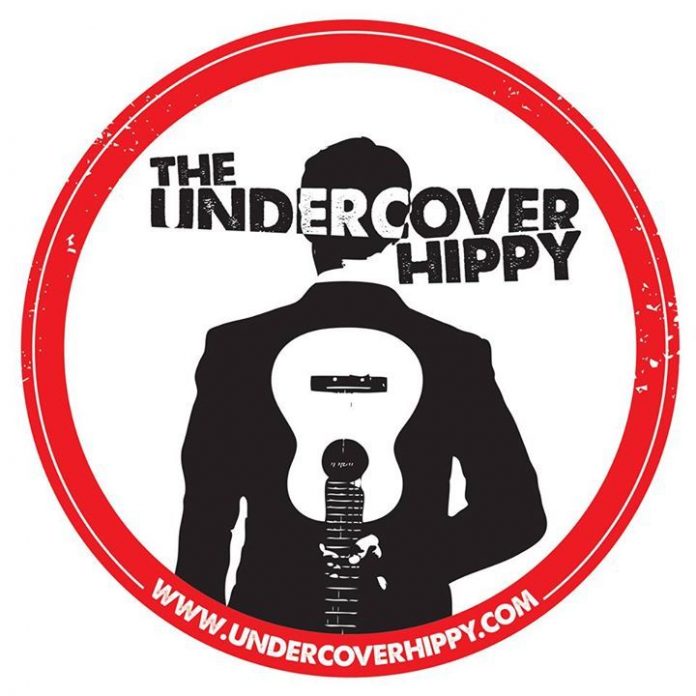 Mounting a new campaign with his first studio release since 2014’s ‘Monkey Suit’ plus a slew of live dates across the UK, the subversive DJ turned singer-songwriter makes his long overdue return this Summer – and not a moment too soon.

Largely inspired-by and rallying-against much that has come to grip politics and society over the last 12 months, ‘Truth & Fiction’ is the forthcoming new record from the artist AKA Billy Rowan and will land on 20th May 2017.

Covering topics from the serious to the ludicrous, The Undercover Hippy’s latest effort sees him offer his unique take on: fake news, internet privacy and the U.S. election, nappy wearing barristers and best friends trying to snog your mum… With 10 new tracks recorded and ready to conquer all, the album is a much needed dose of passionate storytelling and thought provoking protest pieces that make for a must listen from one man on a mission.

Those familiar with Billy’s music, will already know he is definitely not your average singer songwriter. After 7 years spent DJ’ing and MC’ing on the Drum & Bass circuit, Billy switched up identities, swapping the decks for a guitar as he began a new life with a new moniker in 2007: the Undercover Hippy was born. Touring relentlessly ever since, The Undercover Hippy brings together soulful vocals, infectious reggae rhythms, and the lyrical delivery of a skilled mc, with a charismatic style and playful sound that has had audiences rapt from day one.

But making a decision to step back from the live stage, The Undercover Hippy began to focus on recording a new album in November 2016.

Speaking about the writing and recording of the new album and what to expect, Billy says:

“For a while I was a bit worried that the last album Monkey Suit might have been the best I had to offer, especially when 3 weeks before going into the studio we still only had 5 songs written for a 10 track album! But actually, the songs that have been written and developed during and after the recording process are probably my favourite tracks on the album. It’s also meant that those songs are still really topical, as I’ve literally been writing lyrics and recording vocals right up to the final week of mixing. So yeah, I’m really happy with how it’s turned out, so you can expect big things!”

With ‘Truth & Fiction’ ready to drop this May, The Undercover Hippy will also be hitting the road for a series of shows around the release. Backed by his full band, mixing guitars, keys, drums, bass, horns and backing vocals, Billy will once again be bringing UK audiences their renowned high energy, interactive and highly entertaining live show. Full list of gigs as follows: