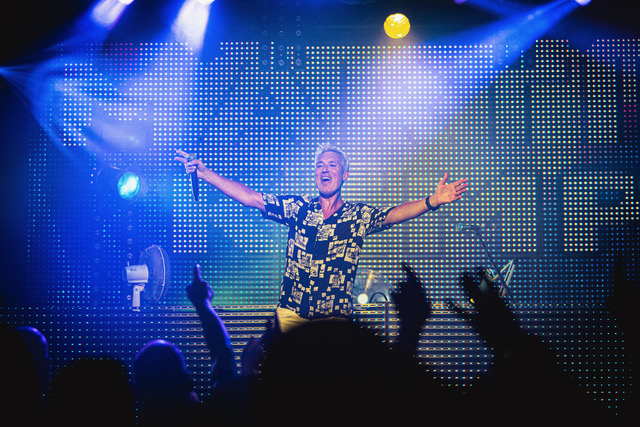 The one and only MARTIN KEMP has announced his ‘Back To The 80s’ show will be heading to Leeds’ The Warehouse venue in 2020.

The Spandau Ballet legend and TV heart-throb will be coming to back to Yorkshire to spin all the best hits from a seminal pop era at a night guaranteed to be an unstoppable singalong.

Following a string of rapturously-received and sold out shows around the country throughout 2019, on Saturday 4th April 2020 Martin will be bringing the party to the much talked about Warehouse venue; a seminal club venue now renovated with a state of the art sound system and lights.

Early Bird Tickets and VIP packages are on sale now and expected to sell fast. Buy yours here: https://www.eventbrite.co.uk/e/martin-kemp-the-ultimate-back-to-the-80s-dj-set-the-warehouse-leeds-tickets-92354455663

As the hitmaker behind ‘Gold’, ’True’ and countless other classics, it’s safe to say Martin is something of an expert when it comes to that truly trailblazing decade for pop music. Let him be your guide on a night that will transport you back to the era on a roller coaster ride through its finest pop picks. With a reputation for huge singalongs all night long, this night promises to be the biggest 80s to hit Leeds this year.

Speaking about his current Back To The 80s tour, Martin says: “It’s amazing! People absolutely lose themselves, singing to every word, It’s the most euphoric atmosphere I have ever been in, in my life!”

Alongside his famous role as bassist in the iconic new wave outfit Spandau Ballet who have sold millions of records worldwide, Martin is also a huge TV personality who has starred in the likes of The Krays & Eastenders and hit the headlines with his memorable appearances on Channel 4`s Celebrity Island With Bear Grylls last year, and with his famous son Roman on Celebrity Gogglebox.

80s fashion for the night is an absolute must, so don’t forget to dig out those leg warmers, shoulder pads and other stylistic stunners that helped you stand out from the pack in that iconic era.

With the biggest and best 1980s hits at his finger-tips, join Martin as he trades his bass for the decks at this unmissable party this Spring.