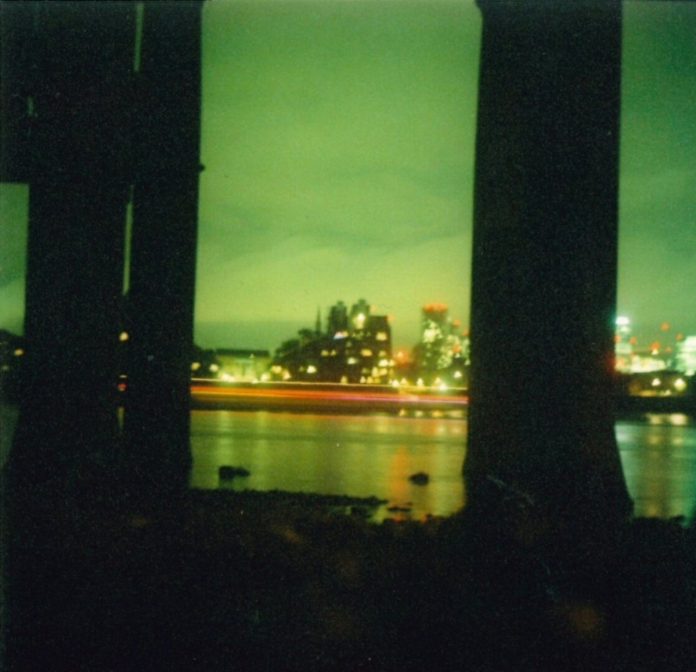 There is something magical about the songs on this EP, something entrancing, something that just quietly draws you in and takes you to a good place. Lake Michigan makes music with just guitar and voice, plus the odd layer of sound that is more atmosphere than sound. It’s lo-fi sparse music but it communicates feeling so well. And that voice is so mesmerising. The mood of this music is sober, quiet and mellow. It’s so intimate you feel you are inside Lake Michigan’s mind, that what you are hearing is deeply personal.

It reminds me, somewhat bizarrely of some of Tom Waits’ songs, for this music has this ‘go with the feeling of the words’ in the performance. And in places something of a Leonard Cohen feel. It also has something of Nick Cave feel in there. It has this slight edge of folk. It is to be honest quite hard to describe, it’s one of those things you need to hear.

‘Lair’, the EP opener, is perhaps easier to get than the following tracks. But this is no bad thing because it eases you into what Lake Michigan does in a gentle way. It’s gently dark if you need that. There’s gently plucked and strummed guitar and over this this voice that is so quiet and deep and breathy you have to strain to hear the words. It is intensely moving but it’s difficult to say why it’s so moving.

For ‘If’ the guitar is move strident, on the edge of discordant in places. The voice is clearer. The feel is edgier, almost disturbing. ‘Tongue’ is again less strident musically. It has parts which shift to something that is pretty – I can’t think of any other way of describing it – but there are parts that are jarringly sharp but this fits the song.

‘Imprint’ by contrast sounds lusher, it has only that sparse instrumentation but it sounds fuller and richer. ‘Chairlift’ has something more of a conventional song feel to it but it’s quite hugely disturbing in a quiet way.

Listening to these tracks again, I am left with a feeling that perhaps for some of the tracks to describe them as songs isn’t that good a description of what they feel like. Perhaps soundpieces with words or even musical impressions of mood, feelings and situations is a better way of doing that. If they were poems they would be prose poems, poems with structure beyond something very loose. They are not conventional songs.

But what they is entrancing, mesmerising, magical and beautiful. I can’t recommend this highly enough.

York-grown and London-based Lake Michigan is back with his new EP ‘Time Passing’. Released through Daddy Issues Records.

Speaking on the EP, Chris remarks: “The EP was written and recorded at home over the course of 6 months, it’s a document and a celebration of the battles and failings of the homes we build and a discussion on whether time is truly healing”.