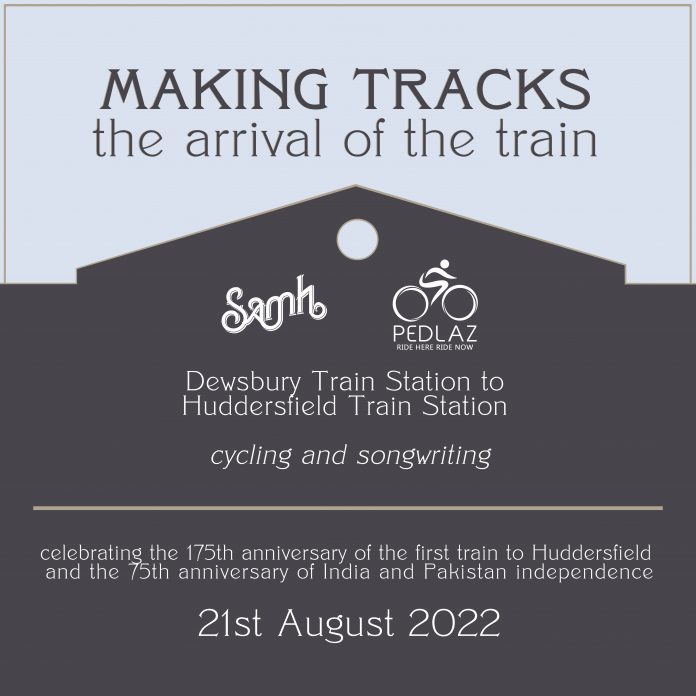 Sunday 21st August marks 175 years since the first train pulled into Huddersfield Train Station. Since then, the station has become one of Huddersfield’s most vital and memorable landmarks. It is the second busiest station in West Yorkshire, has won a number of prestigious awards (including the World Cup of Stations), and the stations’ internationally famous cats, Felix and Bolt, have their own bestselling book.

The important historical milestone of 175 years of trains into the station is being celebrated this year by local songwriter Sam Hodgson (aka Samh) and Pedlaz Cycling Club. They will all be cycling together the 10.5 miles down the Calder Valley Greenway from Dewsbury Train Station to Huddersfield Train Station on the 21st of August 2022.

Samh will be using the experience of this cycle and others to write songs about cycling around Dewsbury and Huddersfield. The song and accompanying video are expected to be released early October with Manasamitra.

The cyclists will be arriving at 1pm on the Sunday afternoon to coincide with the White Line Celebration. This is a celebration of 75 years since the end of British rule in India and Pakistan. It commemorates the independence of this subcontinent as well as the partition between the two countries. 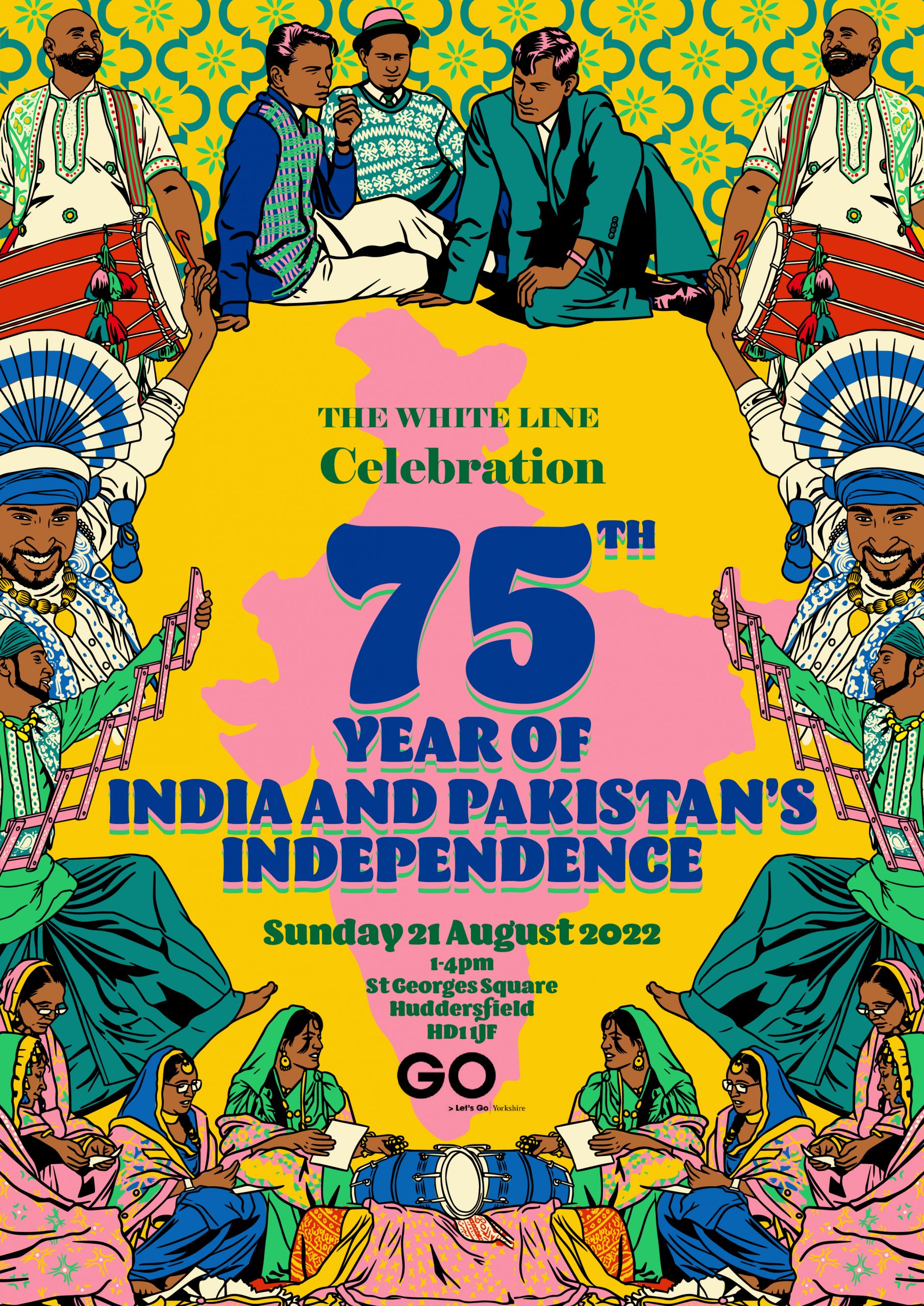 Come and welcome the cyclists to the square at 1pm and enjoy the afternoon’s celebrations – music, cinema, theatre, food and more!

For more information or to get involved with other songwriting / cycling projects visit: www.samhsong.com/makingtracks

It has been funded by High Street Heritage Action Zone (HSHAZ) programme, a government funded scheme led by Historic England, in partnership with Kirklees Council and City Connect.