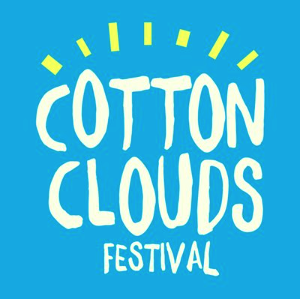 Yes indeed – the festival with its feet firmly off the ground is back… and now even bigger!

Cotton Clouds Festival has unveiled a whole extra day of music and good times to come as it expands into a two-day event for the very first time.

Landing amidst the bucolic hills of the Peak District National Park this Summer, Cotton Clouds Festival 2018 will be nestling itself into one of the cosiest festival settings for not just one, but two blissful days – Friday 17th August (* Just added *) + Saturday 18th August.

And with this announcement, Cotton Clouds can now unveil a raft of stunning new acts who will be pitching up with you on the Friday night…

“Oh, Lucky you!”…
Headlining the Cotton Clouds Main Stage on the Friday night, the festival is over the moon to be welcoming: THE LIGHTNING SEEDS.

The brainchild and baby of legendary Liverpudlian Ian Broudie, The Lightning Seeds have been an indisputable presence on the guitar pop landscape since their genesis in 1989. From the release of their top 20 denting debut album ‘Cloudcuckooland’, the vibrant and gently psychedelic pop pennings of Broudie & Co. saw the band notch up oodles of unforgettable hits right from the get-go. Bask in the warm glow of the likes of ‘Pure’, ‘Change’, ’Lucky You’, ‘The Life Of Riley’, and (if it’s not too soon after this year’s World Cup of course), ‘Three Lions’ as this seminal band raise the roof on the first Friday of Cotton Clouds.

Earlier in the evening, Platinum-selling pin-ups THE PIGEON DETECTIVES will be swooping in with a fun-filled set of their renegade indie anthems. Riding high on the warm reception to their fifth studio album, 2017’s ‘Broken Glances’, the hard-working Leeds lads have been delivering the goods time and time again since their inception in 2004. Expect to hear new tunes and old favourites including ‘Take Her Back’, ‘This Is An Emergency’, ‘I Found Out’ and more.

A meeting of minds that is sure to stun – CHALI 2NA & KRAFTY KUTS, will be bringing their irrepressible collaboration to the festival too. Boasting a repertoire brimful with the old school hip hop staples of the Jurassic 5 icon, plus the break-beat cuts of Krafty’s solo outings, the duo’s live sets see them unearthing the treasures of their shimmering catalogues, whilst winning crowds over with the infectious new material of their superb recent album together: ‘All 4 Corners’.

Plus, a man who surely needs no introduction in these parts, Cotton Clouds is overwhelmed to be welcoming the exceptional BADLY DRAWN BOY to the Friday bill. A beloved Mancunian who captured the nation’s hearts with his Mercury Music Prize winning debut album: ‘The Hour of Bewilderbeast’, the artist AKA Damon Gough will be stopping by to perform a set of his endlessly earnest and endearing alt-folk gems.

Plus, cutting the ribbon at this year’s festival, Cotton Clouds is pleased to present CAVANA. Having already earned themselves a storming reputation on the Manchester circuit for their impassioned live performances, the band channel influences including The Cribs, King Krule and Wolf Alice into an aggressive indie rock sound that’s sure to kick off proceedings with a mighty bang.

Saturday tickets are still currently on sale and selling fast.

Get yours from the official Cotton Clouds website here:
http://cottoncloudsfestival.com/buy-tickets/

*please note that the Friday is a 14+ event only. See age restriction details outlined below.

Following an overwhelming response in its first year that saw the festival take off to a sell-out success and even score a nomination for the ‘Best New Festival’ at the UK Festival Awards, the sky’s the limit as Cotton Clouds Festival returns with a thrilling new line-up.

The Friday line up announced today will precede the already-announced day of top flight talent on Saturday 18 August, which will see a headline performance from the one-and-only SISTER SLEDGE, plus appearances throughout the day from STARSAILOR, TOPLOADER, SCARLET, THE ORIELLES, BILLY BIBBY & THE WRY SMILES, AVERAGE SEX, TRAMPOLINE, TOM MOUSE SMITH, THE ALLERGIES, RICHARD YOUNGS, DEJA VEGA and many more across the festival’s three stages.

Cotton Clouds Festival will run from:

Get yours at The Cotton Clouds Official Website:
http://cottoncloudsfestival.com/buy-tickets/

Be quick though! Tickets are selling fast, with VIP packages already SOLD OUT.

Friday – Over 14s only. Anyone under the age of 18 must be accompanied by an adult over 21. Maximum of four under 18s per adult. ID required. *

Saturday – All ages will be welcome.

*Please note there are no kids activities open during the Friday night event. Only the main stage, bars & food traders will be in operation. The Saturday event will feature a host of kids activities including Arts & Crafts (full details to be announced shortly), Sand Art, Facepainting. 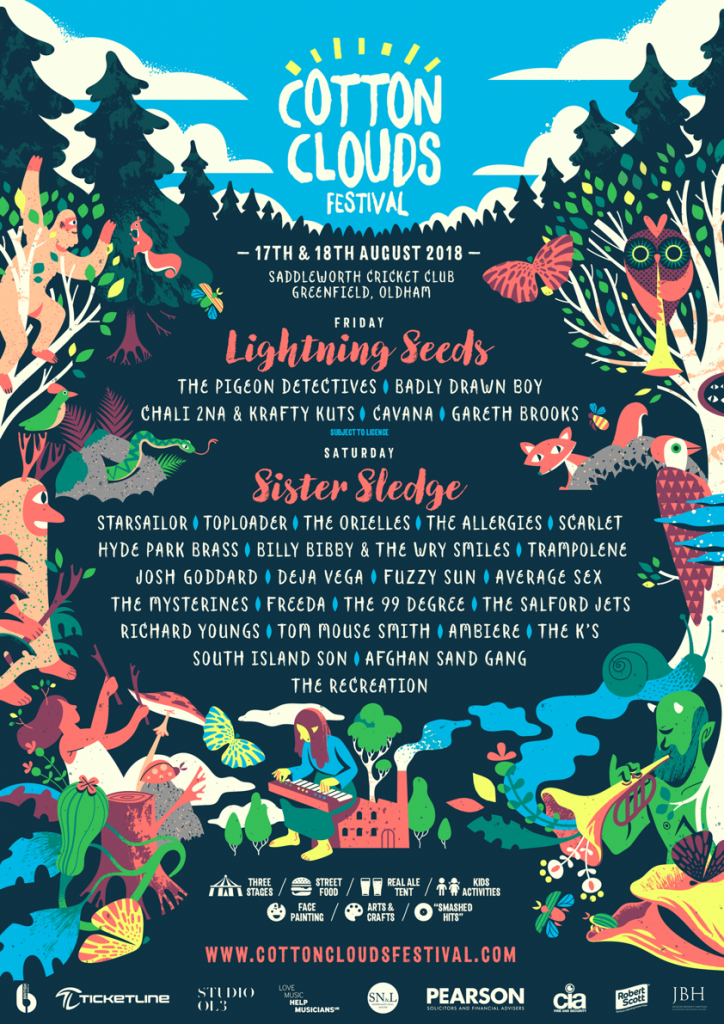