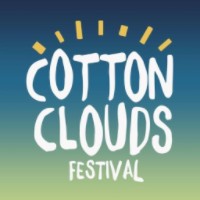 A brand new festival for 2017 conjured up from the blue-sky thinking of brothers Max & Rick Lees and local entrepreneur Luke Stanley, this summer you are invited to leave your troubles behind and pop your head amongst the Clouds for a day of idyllic escapism and top-flight entertainment.

Elsewhere on site, there’s a whirl of home-spun talent from the Northwest to be found with some dancefloor domination compliments of THE WHIP, eclectic and esoteric ukulele escapades with the EVERLY PREGNANT BROTHERS, plus full throttle rulebook-ripping outings from rockers THE BLINDERS and CUPIDS.

With artists sweeping in from all across the country and beyond, the inaugural festival promises a day of engaging end-to-end performances across an outdoor MAIN STAGE, plus two indoor stages expertly curated by firmly established festival favourites TIM PEAKS DINER (of Tim Burgess/Charlatans fame) and JIMMY’S MANCHESTER (the much hyped new bar-de-force from One Night Only).

Bringing JIMMY’S stage to a close, punch-packing Manchester four piece PINS promise to see out proceedings with lashings of their goose-pimple inducing punk;
whereas over at the Tim Peaks Stage expect a headline set of dazzling future pop from the feverishly hyped THE RHYTHM METHOD.

Plus, ensuring the top tunes continue to pump from the Main Stage soundsystem all day long, CLINT BOON and GARETH BROOKS will be taking to the decks between sets to spin you some of their favourite good-time anthems.

Looking to the horizon, Cotton Clouds also pledges to provide a platform for the next generation of talent threatening to brew up a storm in the not-to-distant future. Cherry picking some of the most electrifying breaking bands from across the Northwest, this year’s festival will also welcome scintillating sets across the festival from the likes of: STILLIA, GARDENBACK, HELLO OPERATOR, HOWLING RHYTHM & THE HOWLING HORNS, ETHAN & THE REFORMATION, SHADOW PALACE, THE SUNDOWNERS, THE G-O-D, TEAR, NEV COTTEE, YUCATAN, COLOUR ME WEDNESDAY, and PROLETARIAT.

With splendour aplenty to be found for big kids on the bill, there’ll also be plenty for the little ones too. The festival’s children’s activities area will be offering the nippers plenty of creative kicks, fun face painting, bold and brassy badge-making, arts and crafts classes and much more.

Specially selected street food stalls, pop up bars and a real ale tent will be landing at the festival for the entire duration, serving all manner of tantalising tastes and delectable drinks sure to cater to your every fancy.

The inaugural Cotton Clouds festival is brought to you by the Lees brothers, Rick & Max, a pair who know more than a-thing-or-two about good times and great festivals. Having initially played festivals the world over as members of thunderous rock & roll outfit Twisted Wheel, in latter years the two have instead opted to put their guitars back in the rack to take up greater roles in helping to establish the touring Tim Peaks Diner at major UK festivals up and down the country, plus launching the runway success club night Howling Rhythm in Manchester. Returning home inspired by their travels and teaming up with local entrepreneur Luke Stanley, Rick & Max are hoping to start new musical adventures for others at the very place that began their own as the inaugural Cotton Clouds Festival takes flight later this year.

Tickets are priced at £39.00 + BF and will be available on the Cotton Clouds Website on Friday 21st April from 9 AM: http://www.cottoncloudsfestival.com/

One fine day, three top stages and a heap of stellar acts – the full line up features… 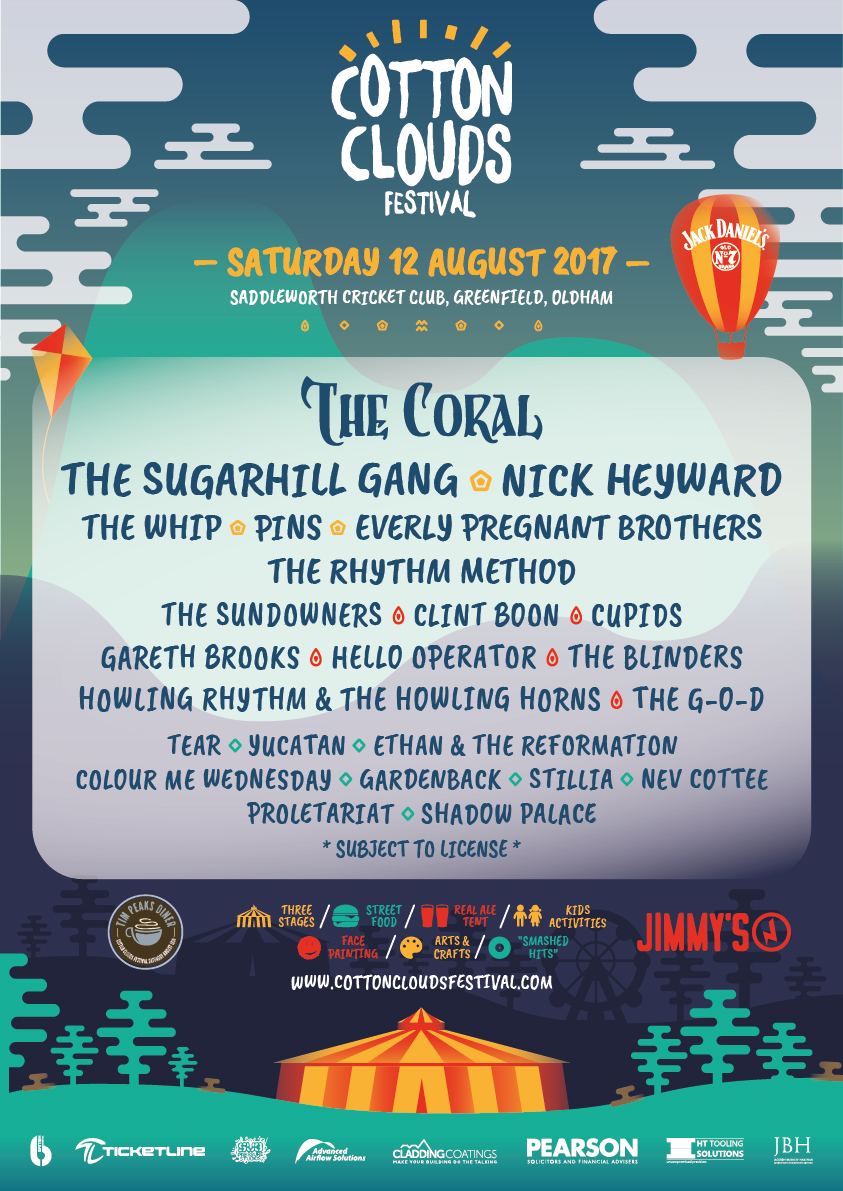