I was introduced to GAOB by my schoolfriend Warren (AKA Was) who also introduced to me to Altered Images. Actually he introduced me to whole lot of things that were, at the time, well out of my comfort zone. I recall the day he played a New Order 12” to me in the common room (look I went to the sort of school where we had common rooms, I’m not apologising for that) I was quite, quite stunned. He also introduced me to Rip, Rig and Panic and I think Scritti Politti. I have much to thank Warren for, to be honest.

What I listened to mainly at the time was heavy rock/metal, so jangly post-punk pop was a huge leap. Having taken that leap, well to be honest my record collection seemed to grow a lot, and I was buying stuff I heard on John Peel’s show even if I’d only heard a snatch that I liked.

Warren and I went to see Altered Images play, sneaking out of school and sneaking into the venue to see the band soundcheck and actually getting to speak to Clare – who pointed out that she really didn’t like my Rush badge (this was actually the cast metal 2112 badge which I was quite proud of then). I don’t think she was that keen on my cord jacket either but she was polite enough not to mention that.

I missed his visit to try and get to see GAOB – I think I had had to ring my dad once too often to ask him to come and get me having missed the last train home. He didn’t actually get to see the band but he did hear the band’s set – this is what he says on the website for GAOB (see links below), although I know how he managed to hear the set, he doesn’t actually go into that detail, and I’m not going to tell you either.

What I do recall is the excitement I felt on my first listen to GAOB. It was spikey, fun and witty. It had ragged edges. It was inventive, It was funky. I do recall thinking it sounded a bit like Altered Images in places but also some of the more spiky darker post-punk stuff I heard on The Peel Show. But it sounded like pop music to me, just better pop than the stuff we were hearing on Top of The Pops and daytime radio at the time.

Just because I can, I have to hand some trivia to impart:

Although some of GAOB’s music could be described as Twee, some is more punk-pop or post-punk. There’s also a distinct Buzzcocks’ influence in some of their songs. Some of it goes way post-punk, way way post-punk into the realm of bizarre sounding pop. It takes influences from anywhere and everywhere, and mixes them into this quite quite wonderful thing. It’s pop but not as we know it.

The band I mentioned right at the top of this column actually sound like the Twee-ish GAOB tracks. And there appear to be a few other bands that have some of that Twee-ness, perhaps it’s time for Twee revival!

I used to have all of GAOB’s recorded material and a tape of their 1981 Peel Session – recorded on a very rickety radio/cassette player – but all except the album ‘Pleasure’ have disappeared.

There are lots of 80s bands from Leeds that get a huge amount of respect, I think GAOB need adding to that list. 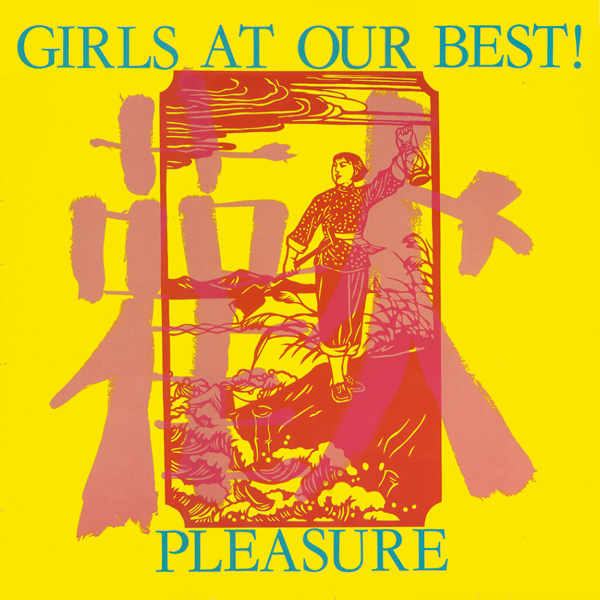 You can listen to it here: https://youtu.be/vXmatjQiY8s

I know I heard the album near it’s 1981 release date – Warren may have played it to me – although I didn’t buy the album until I was at university so it was probably after the band had broken up, although I don’t think I was aware that this had happened. I probably missed the issue of NME that carried that news. Finding that bands had broken up months before you found out wasn’t that strange at the time.

Mine came with the gift ‘Pleasure Bag’ which is still complete except for the stencil. 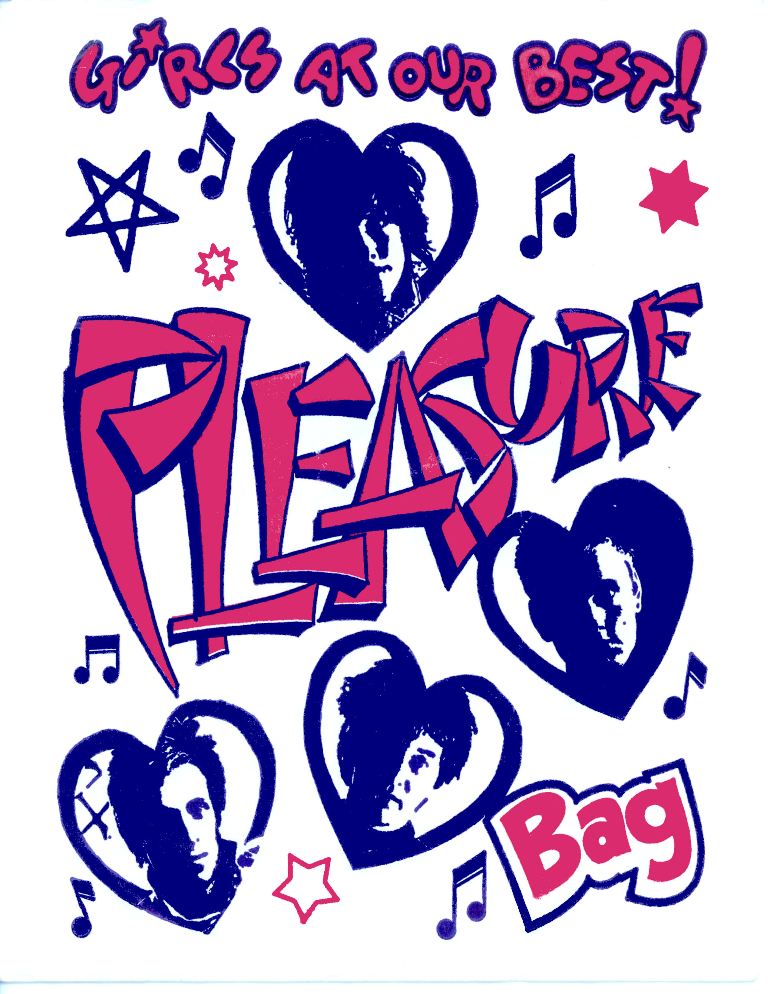 Jo’s vocals are quite wonderful, they’re, how shall I describe them, pure but with an edge of raggedness in her voice in places that is so good. Actually I had forgotten quite how good the vocals sound, and there’s some nice layered vocals going on that bizarrely sound quite goth in places (these are way back in the mix so you’ll need to listen carefully).

Listening carefully, as you have to when you are writing about something, this was obviously an incredibly musically talented group of musicians. The bass playing really stands out and the drumming is wonderful.

Yep there’s that ringing guitar post-punk thing going on in places, so we can tick that box. But there are tunes and you can hum them. It’s fun, happy music. And there’s lots of stuff going on, there are hints of music hall, rock ‘n’ roll, psychobilly, jazz, dub, children’s TV themes and even church choirs. I’d forgotten quite how insane some of the music on this is. Some tracks have keyboards – played by Thomas Dolby – and one track even features a clarinet.

Whatever is going on musically these songs bring a huge smile to your face. A huge almost painful smile.

At this point I need to address something – back in the early 80s another friend said ‘isn’t this just a novelty and throw away pop?’. Well no, although GAOB’s music is huge fun, there’s a depth. It’s well played, cleverly arranged and the lyrics are witty in places and in others about the society at the time. The songs bear being played over and over again, and you’re always going to hear something you’d not found before. For me it’s like ABC, yes their music was pop but it was meta-pop, it was so pop it was lifted out of that and into pure class.

For me, this album is a classic of it’s time, and deserves to treated as such.

Members and some history

As can be seen the band seem to have quite a thing about band names with an ‘!’

There’s lots of stuff out there – just Google, but there are a couple of sites worth mentioning