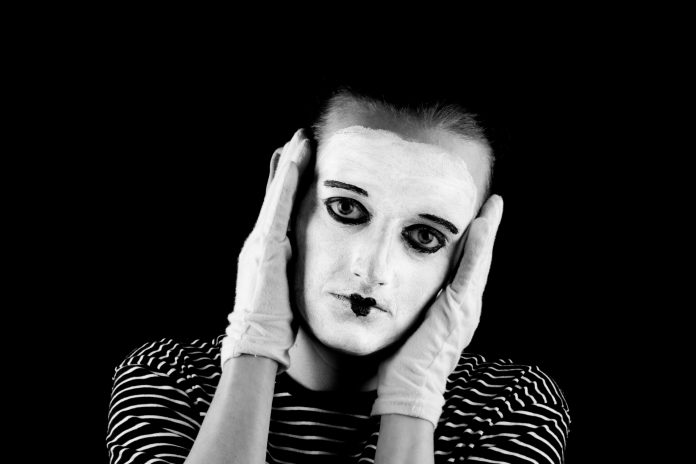 Band of Holy Joy: ‘Who Snatched the Baby’
From: ‘More Tales From The City’

I might describe this as a wonderful piece of discordant mutant music hall, others might be less charitable and describe it as ‘just horrid’. This one of two songs that have actually caused somebody to rip the needle from a record when I put it on.

Samothrace: ‘A Horse of Our Own’
From: ‘Reverence to Stone’

Imagine if you will a Black Sabbath track slowed down to around a third of it’s original speed, that’s what this sounds like. This is a bit of slow burner. After about five minutes people will be asking “So does it go on like this all the way through, aren’t there any vocals, and how long is it?”. To which the answers are; well it has loud bits and quiet bits but no tune as such, no there are no vocals beyond some wordless screaming and shouting, and it lasts 20 minutes and 29 seconds. At which point turn it way up and people will soon be leaving.

The Hedvig Mollestad Trio are difficult to describe – often a useful indicator of whether people are going to dislike something in my experience. I might describe them as talented musicians playing experimental jazz influenced prog or prog influenced jazz-rock. Others may describe it as ‘noodling around on musical instruments to very little effect’. Actually virtually any HMT track is going to get people reaching for their coats. If there are still people in the room after this you might try ‘La Boule Noire’ from the same album.

Cardiacs: ‘Go Off and Things’
From: Several versions exist but my choice would be the one from ‘Seaside’

Cardiacs are truly the Marmite of rock – you either love them or hate them. The other possibility is that you’ve never heard of them I’d suppose. I’ve never yet met anyone who sort of likes Cardiacs, it’s all or nothing. As a fan I’ve been known to go up to strangers wearing Cardiacs t-shirts and compliment them on their great taste – I did this at the recent Fall gig for example. He didn’t hit me, we just chatted about when we first saw the band and went our separate ways. Most Cardiacs songs will drive people out of your home but don’t try ‘The Whole World Window’ because if you don’t tell people it’s Cardiacs they are likely to quite like it. I’ve chosen this track and this version because it’s incredibly fast, has fast choppy vocals and a saxophone solo.

You need to be careful with your choice of Van Der Graaf Generator track, most of their stuff is quite tasteful. This however is a different kettle of fish. You’re going to be helped by the spoken intro – it’s a live track – explaining that the track is about a group of people in a room looking for the door, and then it launches into a cacophony of growled vocal and shrill saxophone. To me wonderful to others … well it’s the other track that has caused somebody to rip the needle from the record.

For those of who read my previous column on perfect music you’ll remember that this is included in that list. So why have I included it here? Well, there are some people out there who fail to see it’s pop perfection and consider it a cheesy pop song. Obviously this isn’t going to work with everyone but if you’ve got a room full of ‘people who consider themselves serious music fans’ it’s a sure-fire room clearer.

While I may consider this to be a pop classic there are others who find this extremely – how do we put this – irritating. If asked why, they might mention the lyrics, the plinky sounds at the start or just say ‘oh no not Altered Images, you can’t be serious’ as they leave.

Incredible String Band: Most of their songs

I adore ISB, as do many others, so if you’re going to take this option you need to to pick your crowd carefully. You may find that some people leave, having displayed signs of irritation, while others sit, nodding sagely and mouthing the words. They may even break into song. If that’s the case I suggest following it with Samothrace and then Dollar.

Ah Concerto. This one even causes conflict amongst Purple fans. Some of them consider this to rank up high up there in the best Purple albums – I’m in that group. Whereas others consider to be an overblown piece of pseudo-classical rock. I recall that I almost came to blows at a Reading Festival in the early 80s over how good or bad this album is. It was during this incident that I had one of the sleeves of my favourite Motorhead t-shirt ripped off – something that my friend decided would only be fixed by ripping the other one off. He decided to do this in the middle of the road by setting his foot into my armpit and just yanking. I went flying into the path of a small lorry. Good times indeed. Anyway back to Concerto. The key here, as with Samothrace, is the length of the thing. Rock fans may enjoy say the first five to eight minutes but beyond that …

So there you have it, a list of room-clearers. Some or all may work for you.

I realise that it’s a bit unfair of me not to mention at least a few things that would have have me reaching for my coat, so here goes, ‘Dr Beat’ by Miami Sound Machine – not only do I really dislike the music but it comes with some really bad memories, that frog thing – I can’t even bring myself to look up the title, most Moody Blues, most pop-house music – you know that stuff they called house that got into the charts but wasn’t really proper house at all, most things by winners of TV talent shows – especially cover versions of classic songs and finally any song that has a dance or set of moves that go with it that everyone seems to know and will launch into if suitably ‘refreshed’.