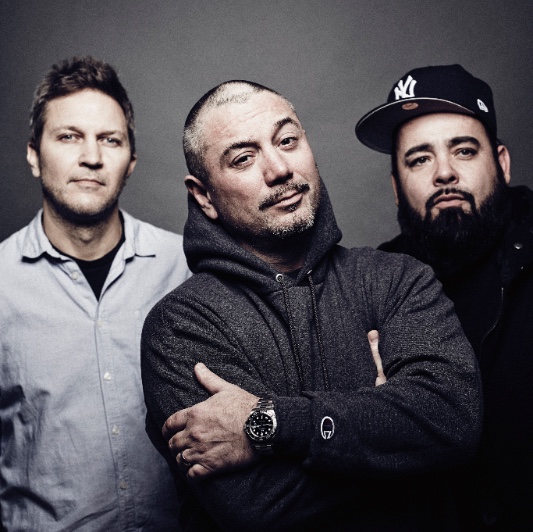 The multi-platinum New York group celebrated the 20th anniversary of their debut album Come Find Yourself in 2016, and true to their hashtag #LoveYaBack, the Crims are feeling the love from the fans, so are doing it all again in February 2017 after a massive anniversary year, amplified by a summer full of headline festivals across Europe in celebration of a landmark album that inhabited the UK Album Charts for an amazing 100 weeks.

Frontman turned Sony Award winning BBC radio broadcaster Huey Morgan explains; “FLC always bring a mucho grande style. In my half Irish, half Puerto Rican vernacular, this means we goin’ BIG. Of course we want everybody to come along for the ride, we wouldn’t be doing this if it wasn’t for the fans. Bigger the party the better, so come join us!”

The Lower East side trio, consisting of founding partner Brian ‘Fast’ Leiser on bass, trumpet and samples and the groups longest-standing drummer Frank ‘The Rhythm Master’ Benbini, will be hitting the UK for a 12 date UK/IRE tour for, as the FLC song of the same name states; a Big Night Out.

Testament to the Crims critical and cultural importance, 2016 also marked the year that the worlds most esteemed lexicographers officially added the term ‘Scooby Snacks’ to the Oxford English Dictionary, citing the famous lyrics to the global FLC hit single of the same name in the new edition. So there you have it, smart people dig FLC, so y’all should too.