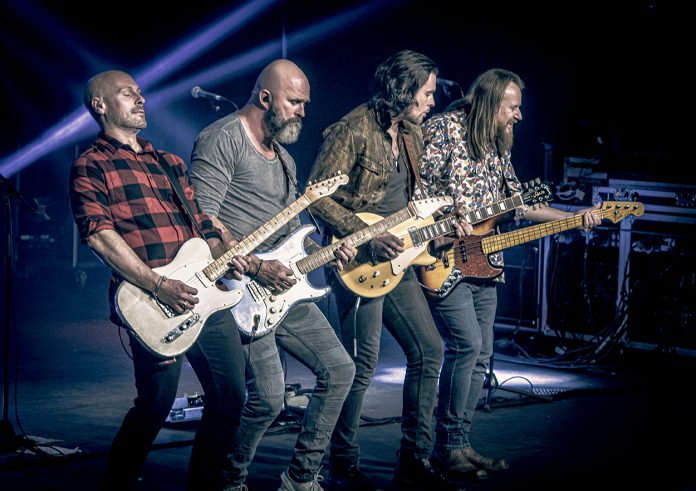 The Illegal Eagles make a welcome return to the Victoria Theatre Halifax on Friday 18 March to celebrate over 50 years since the formation of the legendary West Coast Country Rock band The Eagles.

This critically acclaimed show features the very best from the Eagles’ catalogue of classics including ’Hotel California’, ‘Desperado’, ‘Take It Easy’, ‘New Kid In Town’, ‘Life In The Fast Lane’ and many more.

Highlights of the Illegal Eagles’ 21 year career have included tours of Europe, Asia, Russia and the Caribbean, whilst in Great Britain they have performed at all the major concert halls including The Royal Albert Hall and The Cadogan Hall in London, St David’s Hall Cardiff, The Royal Concert Hall in Glasgow and The Waterfront Hall in Belfast.

Extremely tight harmonies and an acute attention to detail are synonymous with The Illegal Eagles. The Illegal Eagles have established themselves not only as the ultimate celebration of The Eagles, but as one of the foremost authentic and talented shows in the world.

Tickets for this show are available from £32.50. Purchase tickets online, www.victoriatheatre.co.uk, or by calling the Box Office on 01422 351158