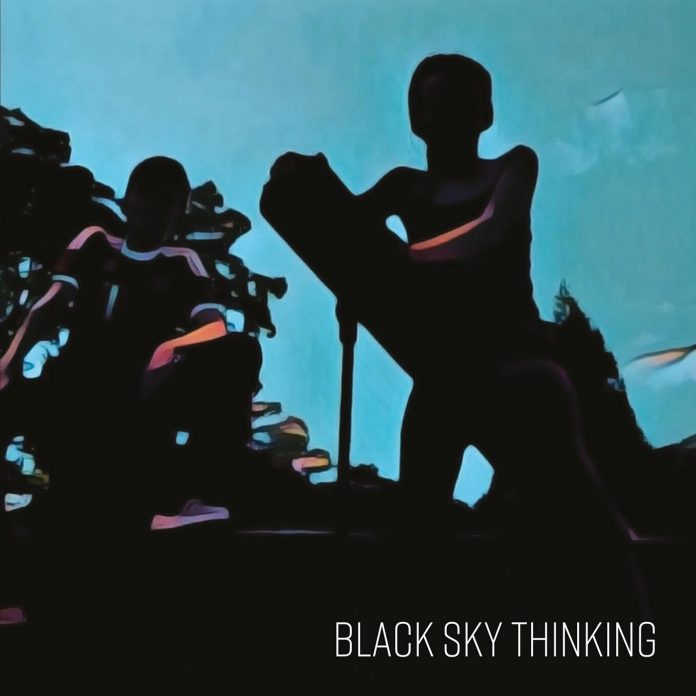 The band has a reputation for compelling melodies, cascading harmonies and crafted lyrics, and this album is no different. Songwriter Simon Bristoll was influenced by classic songwriters like Joe Jackson, Ray Davies and Squeeze – as well as their more contemporary counterparts such as Jim O’Rourke, Ryan Adams and Guy Garvey – in putting together the songs on the new album. He’s taken these influences and turned out a set of crafted alt-pop; timeless, cultured tunes that ear-worm their way into your life.

Simon explains, “For previous albums I’ve relied on other musician’s generosity with time and commitment – it just so happens that the guys I’m working with now are able to focus more on Captain Wilberforce than other projects. They’re all excellent at the instruments they play but more importantly we all get on really well. It was a fairly natural process – Carl has been drumming with me on and off for years, and Rob has played guitar in a previous incarnation, but Max replied to a bassist wanted ad and we couldn’t have been more impressed. We’re still looking for someone who plays keys and has a great voice for harmonies, if there’s anyone interested, please get in touch!”.

I asked Simon whether the change to a permanent band has changed how the songs come together.

“As the songwriter I still make most of the musical decisions but I’m happy for everyone to chip in their ideas and if they’re good they’re used. I have always written the lyrics and continue to do so, even though I find that part of the process the most time consuming and frustrating, as I set myself high standards. I haven’t really changed the way I write yet – I normally present the band with all the parts – apart from drums – and a finished structure. Maybe once the next series of gigs is finished we’ll be able to work on ideas as a group to come up with something great – but I’ll still be having the final say on everything (at least initially), in a sort of benign dictator role.”

Given the gap of six years since the band’s last album, I was interested to know why this album has taken so long coming together.

“The album has taken six years to record, but not through lack of effort. If you want the simplest. but not comprehensive, answer to why, it’s finances. Recording studios cost money. Producers cost money. Rehearsals cost money. As it’s been my band, I haven’t asked any of the other guys to contribute financially, although – and it’s a big although – I’ve had huge amounts of support in time and expertise from Mike Browne and Rob Simpson, who’ve co-produced the songs. There’s a trade off for getting things done for free, and that is that they take way longer.

“Plus we had a Spinal Tap-esque series of unfortunate events including having to redo loads of recordings due to faulty equipment – only detected at the mixing stage, illness, timetabling problems and just bad luck.

“However if you ask Rob or Mike, they’d probably just blame me and my tendency to want to add extra tracks after everyone thought we’d finished and were ready to start the mixing. They might have a point – I’m from the ‘lets add some strings and kazoo’ school of recording. The next album will be finished far, far quicker.”

Finally I asked Simon which tracks on the album are his favourites.

“As with all albums, when you get to the end of the mastering process, you’ve just about had enough of the songs and never want to listen to them again. However I’m particularly proud of ‘Good Times You Said’ and the title track ‘Black Sky Thinking’ – for their lyrics especially – I tend to write by putting myself in somebody else’s head space – real or imagined – and writing from their perspective. Both these songs ring true for me, so it’ll be interesting to see people’s reactions to all them. In the end though I write them for me and I’m proud of the whole collection of songs.”

Black Sky Thinking is being released on CD by US indie label KoolKat Music and will only be available in the UK in that format via import. The album will also be available to download via https://captainwilberforce.bandcamp.com/ and at most digital stores. You can get an album preview on Soundcloud.

Since the release of debut album Mindfilming in 2004, Captain Wilberforce have garnered plaudits from friends of the band like Huey Morgan and Tom Robinson of BBC 6 music, and Dermot O’Leary who invited the band to record a prestigious Saturday Session in 2012.

Captain Wilberforce songs have been used in various TV programmes on HBO, ITV and the Fashion Channel, and the band have played across the uk, including on the main stage at the Galtres Festival.