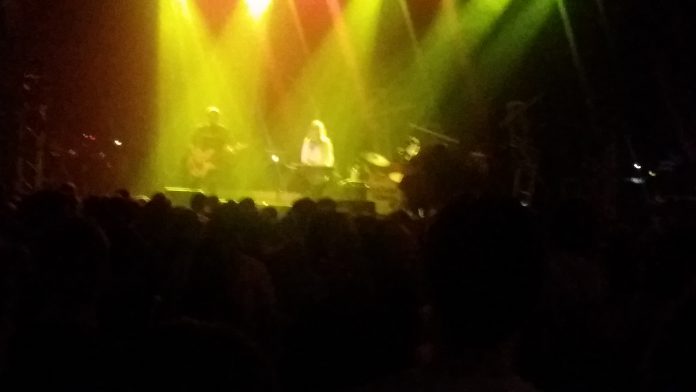 Short but sweet. That’s largely what I should say about OnDeadwaves brief supporting set. At only half an hour in length the band, fronted by keyboardist Polly Scattergood and guitarist James Chapman, delivered a small number of tracks—I was nowhere near the front, it was a packed house, so was unable to get hold of the set list—which had the enchanting feel of soulful, mellowed out rock at its centre. This though, for those awaiting the arrival of M83, the night’s headline act, was, it seemed, perfectly acceptable. They applauded and cheered in all the right places. And, as OnDeadwaves moved seamlessly through an alluring wave of engaging tunes, their influence grew, taking hold, leaving those that watched with an unmistakeable sense of feel good factor. Excellent support for an excellent gig.