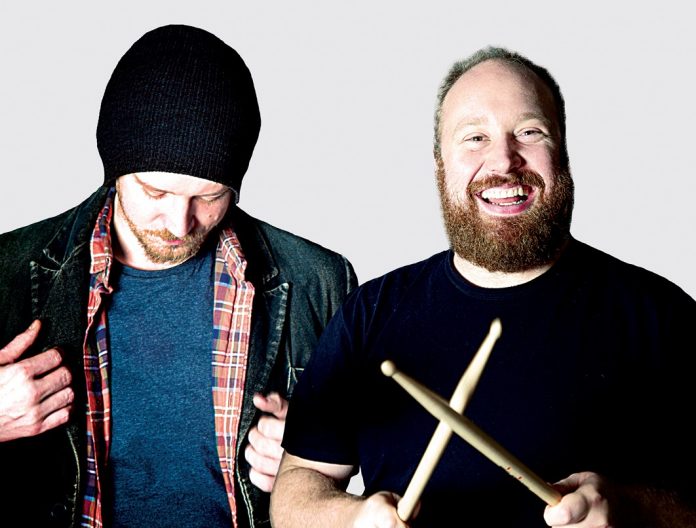 A riotous and heartfelt musical comedy for our times, JONNY & THE BAPTISTS’ Edinburgh Fringe hit EAT THE POOR is playing to a growing national audiences from recent acclaimed shows and broadcast appearances on Radio 4’s The Now Show and the BBC’s Live at Television Centre. This comedy is more relevant than ever in our political times.

The show combines contemporary satire and inventive musical silliness with an epic personal story. Setting out to explore the gap between rich and poor, Jonny & the Baptists’ lives turn upside down when Jonny betrays Paddy for financial gain. As Jonny enjoys the high life with Andrew Lloyd Webber and Jerry Hall, Paddy falls into homelessness and despair.

A toe-tapping comedy about inequality, friendship and revolution in modern Britain, EAT THE POOR sees the multi-award-nominees continue to grow in scope and ambition – and even dabble in a small amount of actual economics.

Nominated for five major awards (they’ve never won any), Jonny & the Baptists – real names Jonny Donahoe & Paddy Gervers – have rapidly become one of the UK’s hottest live musical comedy acts. Winning rave national reviews for their 2015 climate change comedy The End Is Nigh, they have also enjoyed regular broadcast work, major festival appearances and once topped the iTunes Comedy Chart with single ‘Farage’. Alongside, Paddy has a cult following for hit podcast Podshambles; while Jonny has been nominated for a New York Drama Desk Award for his hit one-man show Every Brilliant Thing on international tour, now an HBO special (broadcast over Christmas 2016).