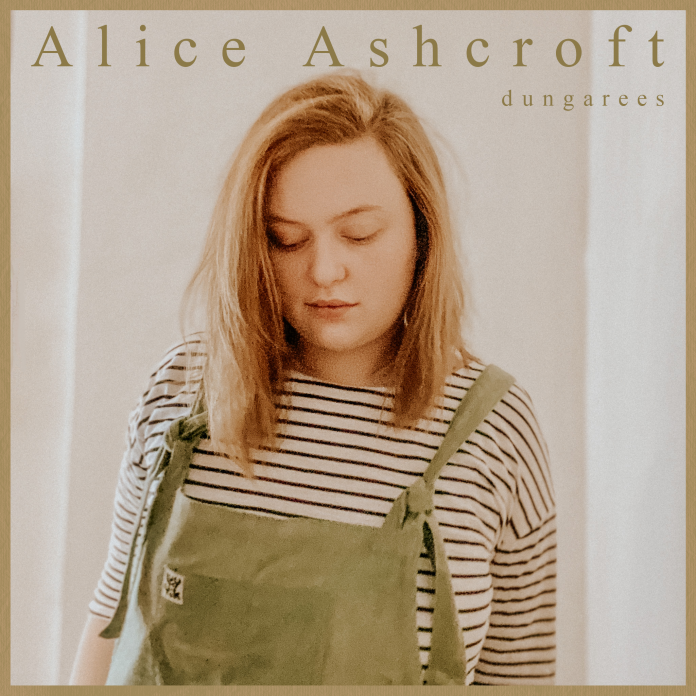 This is strangely the second song I’ve reviewed entitled ‘dungarees’ – the first being by Megan Isobelle. However that song was about confusing feelings for a friend and life as a young teenager, and explored sexuality and friendships, whereas this song likens a relationship to the comfort of wearing dungarees.

There is more to the song than this. Written during lockdown it explores the need we’ve all felt for comfort from our loved ones – although it isn’t specifically about lockdown. And it retains a degree of ambiguity of who that loved one might be – partner, parent, best friend. This makes it a universal song. In short the words are great and full of emotion.

Musically, as with ‘I Won’t Think About This’ – the single from Alice that I reviewed about a year ago – it treads the lines between pop, folk and rock. It’s undoubtedly pop, or perhaps better put as pop-ish; it has a tune to die for, you could dance to it; but it has elements that are certainly not pop as we know it. It includes some rather wonderful electric mandolin (that’s what it sounds like anyway) as well as acoustic mandolin, and some big sounding rock swells. The blurb that came with ‘I Won’t Think About This’ described her sound as prog-pop but I felt that this wasn’t strictly a true reflection of the sound. I’m kind of toying with the idea of alt-folk rock as a way of describing this release. There are hints of Joni Mitchell, Fleetwood Mac, Fairport Convention swirling around in there, as well as pop and rock.

Enough of that, let’s get to Alice’s voice ( and not before time I hear you say) – this is the thing that holds this song together. Her voice is frankly incredible – at times she’s folk-ish, at times pop-ish. Her voice is compelling.

Look rather than try to put her into a niche – us music reviewers love to do that in some way – I’m going to say that this is a beautiful song that’s wonderfully put together with a range of, sometimes eclectic, influences and sounds. It’s truly wonderful, unexpectedly catchy and earwormy. Lovely stuff.