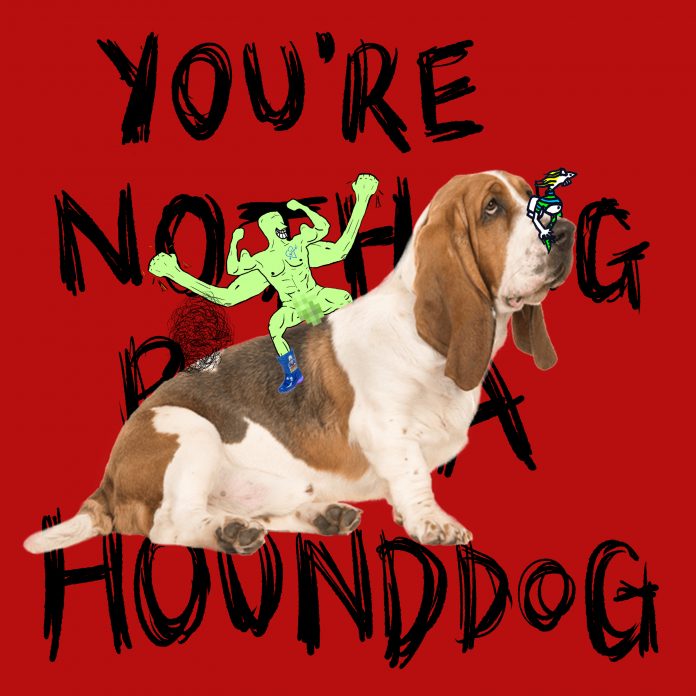 When I reviewed a previous release from FUS – ‘Manjoe’ – I introduced the review with a paragraph which I feel is worth repeating:

‘For those of you who are not aware of FUS, what they do is just mad, way way way out there. It’s psychedelic/jazzy/funky/bluesy (pick any combination of those OK?), it’s just huge musical fun and slightly absurd. But you see they do this with a degree of musical ability that is, to be frank, off the scale. The first time I saw them I had to adjust my mindset at least three times before I got what they do.’

What I didn’t say in that review is that FUS also have a sense of fun, of humour, in what they do. And this is important to know. A case in point is that this single was originally called ‘Hounddog (Elvis Cover)’ – it isn’t and that’s the fun of it. The problem was that their distributor thought that calling it this ‘would be misleading’; and wouldn’t budge even when they were told ‘it was meant to be funny’. So the band had to change the title. It’s a huge pity that the distributor doesn’t have a sense of humour. 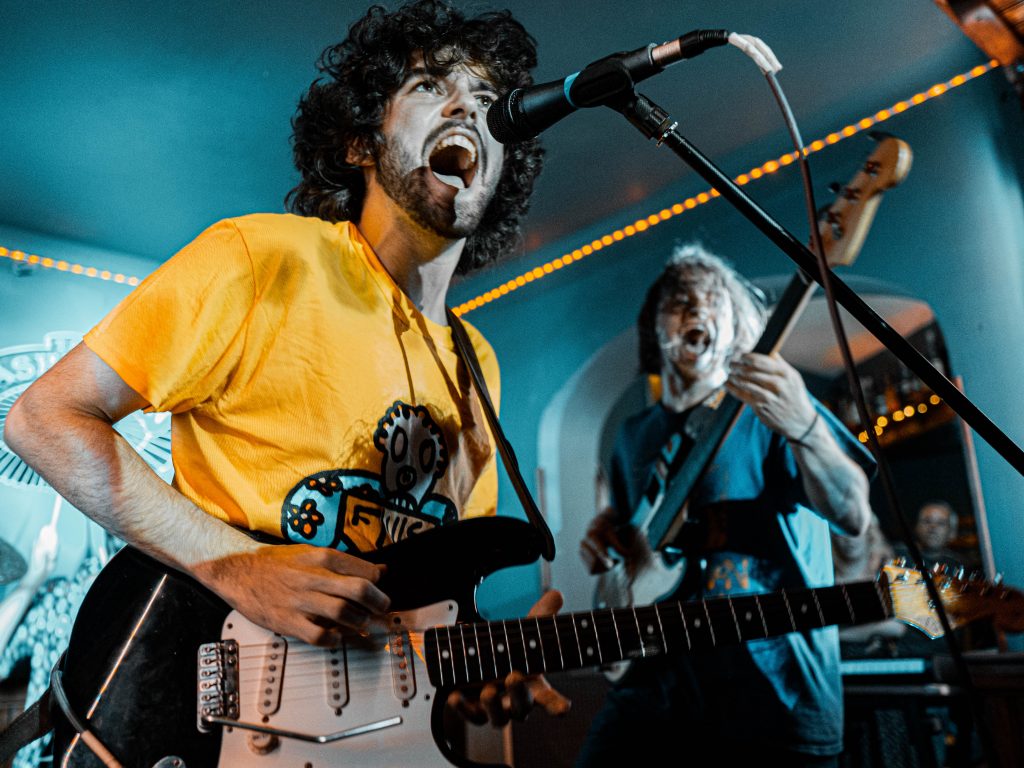 Enough of that, let’s get down to the important thing, the music ‘Hounddog’ is a brilliantly insane unholy sonic attack. It mixes sludge. psychedelic rock, acid rock and shock rock into something off the charts brilliant. Riotous guitar, guitars that make sounds you’ve never heard before, hammerlike drums beat in a terrifying way, a voice on the very edge of it screams almost randomly.

But in all of this there’s a structure, honest there is. It’s just FUS are breaking through the envelope into the unknown vastness beyond.. Stretching the very definition of music.

Listen hard, and I beg you to do that, other things start to break through – an almost freeform jazz thing going on, a Dense-like approach to psychedelic grunge, a sound that is metal taken to it’s illogical extreme. And closer still, and I hear echoes of Iron Butterfly. And of course Zappa.

And the playing is so so good. It needs to be to able to make this song without it descending into something of a mess. The band are so musically locked into the structure of the track that the wildness just makes sense. There’s a magical thing going on here.

Why do the band make music like this? Because it’s obvious they just love to let it all hang out there, and because they can.

I’m not going to try and tell you that this is easy listening, but once it clicks with you as to what FUS are about, there’s no going back; you are horribly and eternally addicted to the wildness.

This, people, is so bloody good it hurts your head. Listening to this you physically feel your head expanding to take it in in all its glory. Do it, do it now, take that sonic injection, and prepare to have your mind completely blown.