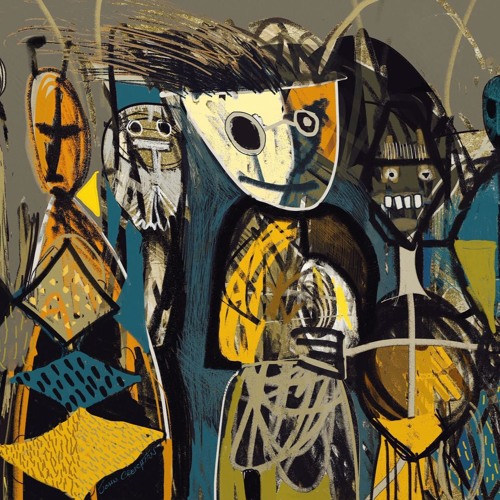 It’s a full on raucous thing this release from Hunter-Gatherer. It pulls no punches in the slightest. Right from the raw guitar intro you know what you’re in for, loud dirty guitar, and boy do you get that.

You probably shouldn’t be misled by the band describing this track as alt-rock – as I was when I played the preview stream which tags it that way, yep there’s the odd quiet bit (and by quiet I mean less loud rather than quiet) but it’s mainly loud, bloody loud. With guitars to die for.

So it’s loud and guitar heavy but there’s also, well I wouldn’t exactly call them subtle, things that make this track so good. It soars people. There’s a tune there, a great tune. The vocals are way cool. That guitar just isn’t the same for the whole thing, there’s a variety of dirtiness employed.

Look, it’s simple really, you like loud raw dirty guitar heavy rock, this track is for you. It rocks people, get your listening ears around this.

Hunter-Gatherer are from Pickering, North Yorkshire. They are a three-piece band who blend the frequencies of 1990s Seattle rock with the energy and intensity of modern acts such as Kendrick Lamar.