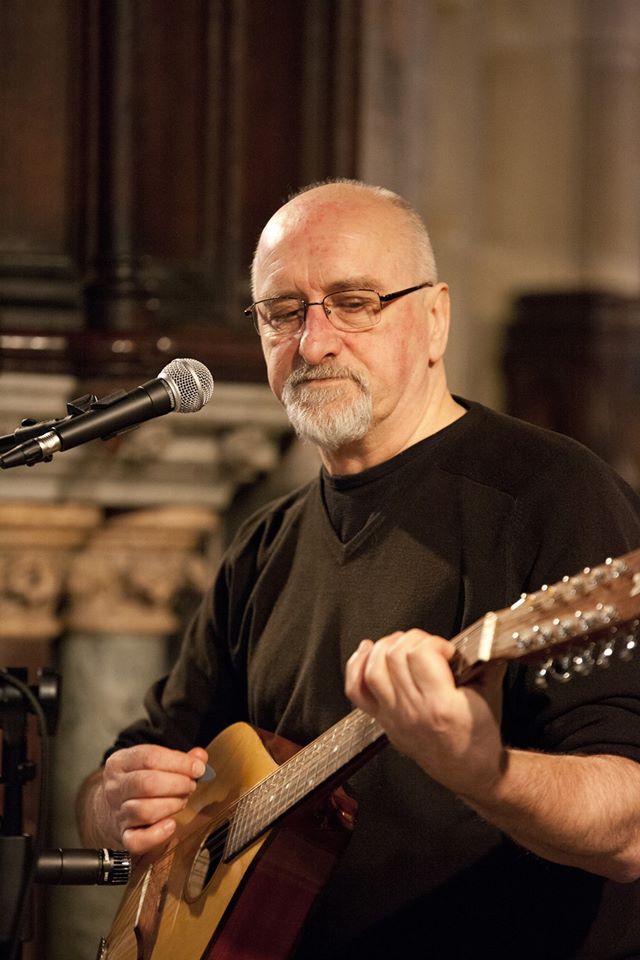 ‘The Burning Gates of Hell’ is the first single from John’s double album of protest songs ‘The Breeding Ground Of Vile’ John told us that ‘it was brought forward after May announced the election in an attempt to get people from behind their computers to protest properly about the direction in which this government is taking us’.

Musically it’s punky folk or possibly even folky punk, you know what I mean. But the words and the vocal performance are angry, very angry. It’s rousing, it’s a protest song in the true sense of the word.

Obviously this isn’t going to be for everyone. If you don’t agree with John’s political stance then I can’t see you liking it. If you do then listen, listen carefully, the words are important in this song.

It is a rallying call for us all to get out from behind our computers and phones and go out there and demonstrate. Clicktivism, the song argues, is no substitute for getting out on the streets. And John puts this in historical context right at the start of the track, telling us that the suffragettes wouldn’t have got what they wanted without physically protesting. Coming as I do from a generation who did get out there (I’ve lost count of the number of demonstrations I went on in my late teens and early/mid twenties), who did stand up and be counted I can only agree.

I’m a fan of John’s music and this isn’t changing that. I like a protest song and this is right up there, and right up to date.

See you on the street.

The song is available from Bandcamp

John Reed & Friends: An evening of original folk music combining folk, a bit of rock, and some sounds from across the pond from Nova Scotia.
25th May 7:00 pm – 10:00 pm
Todmorden Unitarian Church

John will kicking off this gig with long time friend and guitarist Kieran Heaney, delivering around 40 minutes of cittern based original folk songs from his ‘Moorscape‘ album and and ‘Dry The Life‘ EP, with a smattering of progressive folk for good measure.

John’s gig will be followed by his son Duncan who has actually been on the gig circuit for longer than himself. Duncan’s voice is amazing and the quality of his songs shines through on his soon to be released album Hypnotise.

To round off the evening friends The Lewinskies (husband and wife team Kristen Hatt-Lewis and Matthew Lewis) from Nova Scotia, whose North-East American folk vibe combines thoughtful and direct lyrics with Kristen’s accordion playing.