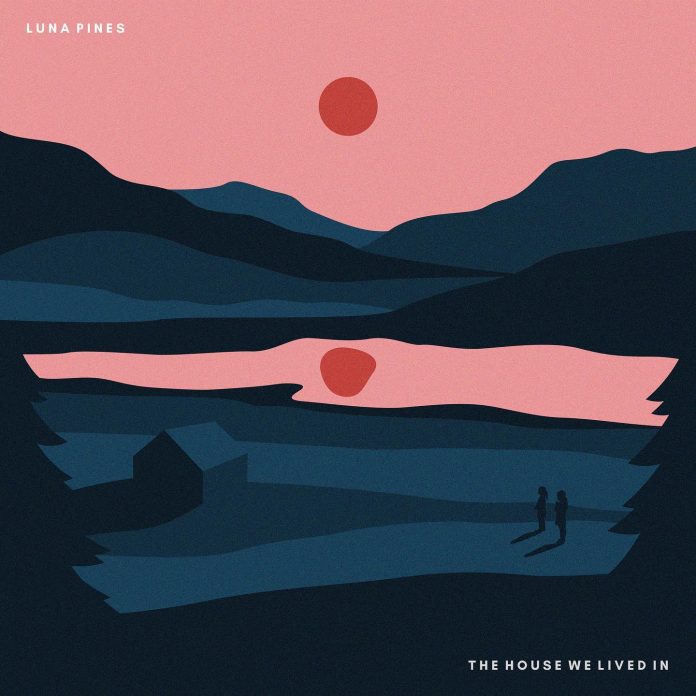 I loved the last release I reviewed from Luna Pines – ‘It Takes Time’ – I loved it in the opening seconds of the song. This was the same.

It starts sounding almost like a lullaby, a song for a child or a song by a child. And this is entirely appropriate when you know what the song is about. It’s about the inability to move on from the freedom and opportunity of childhood, band creator, writer and producer Lotte explains, ‘The House We Lived In’ became a song about not being able to move on mentally from the freedom of childhood. The line ‘don’t you ever think that I could have been anybody, in the house we lived in?’ sums up the song well – it’s about being disappointed with the person you became and wishing that you could go back and maybe do it right the second time’.

It has that Luna Pines unexpected sounds thing going on. But it also has a simplicity, the individual sounds are not complex, but what they make when they are all added together is complex. It swirls, it moves. It beguiles and mesmerises. It’s a song that draws you in, and takes you on a journey. And the thing you hang onto is the vocals, the vocals are gentle, ethereal, mixed way back. But you find yourself striving to hear them. That’s part of what draws you into the track.

Lotte says, ‘My co-writer on the tune was a good friend of mine called Davarious Jackson who at the end of 2018 after writing this song took his own life. Because of that it’s taken on so many more meanings and is very hard for me to listen to now’.