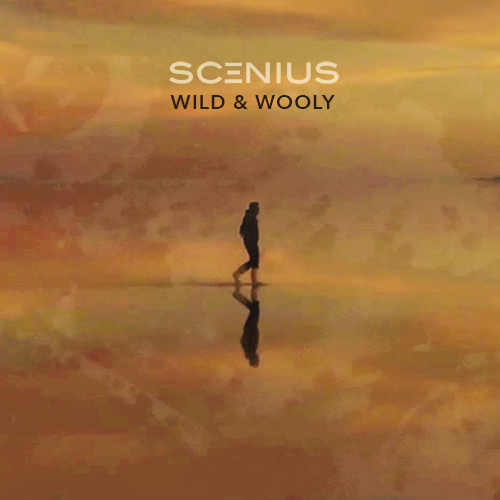 Scenius’s first release ‘Glass Rain’ was poppy but dark. ‘Wild & Wooly’ is a darker, much darker, sound, although it still has a pop sensibility.

It has that dark synth based post-punk sound – for example early Human League – but the richness of some 80s’ synth bands – OMD, Depeche Mode, combined with a certain atmosphere that I can only describe as the bleakness of Joy Division.

And over this is the compelling voice of Fabrice Nau, a voice that is yearning, desolate and haunting. The voice of a true singer. I love the vocals on this song.

To describe this as pop seems to be understating quite how musically rich and clever this is. It packs more emotion and depth into its 31/2 minutes than most songs described as pop. In fact my only criticism is that I wanted more of the track, way more (perhaps the digital equivalent of a 12” inch remix, just a thought there).

This is a lovely song with a beauty all of its own. If you are into synth based music this is something you must listen to, although to imply that that it’s only of interest to people who like that sort of music is wrong, very wrong. So if you like good music, and this is good, very good, music, you should listen to this.