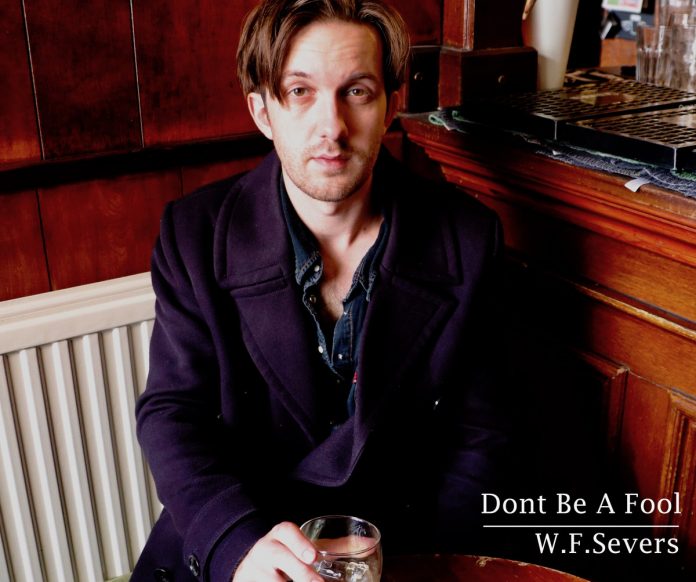 W.F.’s releases are precious gems, varying in mood and style but all with a charm that lasts. This double A side single is no exception.

Both songs feature vocals from Sophia Pettit, they’re duets really. Now while W.F. didn’t supply information about Sophia, the best I could come up with in that she is, or was, the singer with Nightflowers . She may, I admit, not be and I’m leaping to a wrong conclusion. In which case I apologise. However I can say that Sophia has a beautiful voice.

UPDATE – W.F. has confirmed that she is the singer with Nightflowers.

‘Don’t Be A Fool’ is a sparse country-ish Americana song musically. Although it has something of a timeless feel. You just can’t root it in any particular time – it has echoes of 50s’ country-ish pop ballads, hints of 60s’ country Americana, and a rather hard to pin down feel of something earlier than the 50s. But there’s something there that makes it of now. Over this both W.F. and Sophia sing, they sing lovely wonderful words in a quiet way. I mean who could ask for anything more.

I could ask for another dose of the same, and I got that with ’This Part of Life’. This is more country than ‘Don’t Be A Fool’. It’s just voices, guitars – acoustic I think and electric. It has a beauty that stops you in your tracks. Sometimes something this simple musically can be so mesmerising and compelling. And it has wonderful lyrics.

I am going to use a word I don’t use very much when it comes to music, these songs are perfect, there’s nothing you could point to and say ‘well, I wish they hadn’t done that’ or ‘ he shouldn’t have added that sound’. They are beautifully written, sang and played.

These two songs quietly and gently lodge in your head. They are something to be treasured, kept close, there to be played when you need something beautiful to hear.

The single is available both digitally and as a limited 7” cut in Sheffield by DOITTHISSEN Records.

Mastered by Dean Honer at The Bowling Green Studios