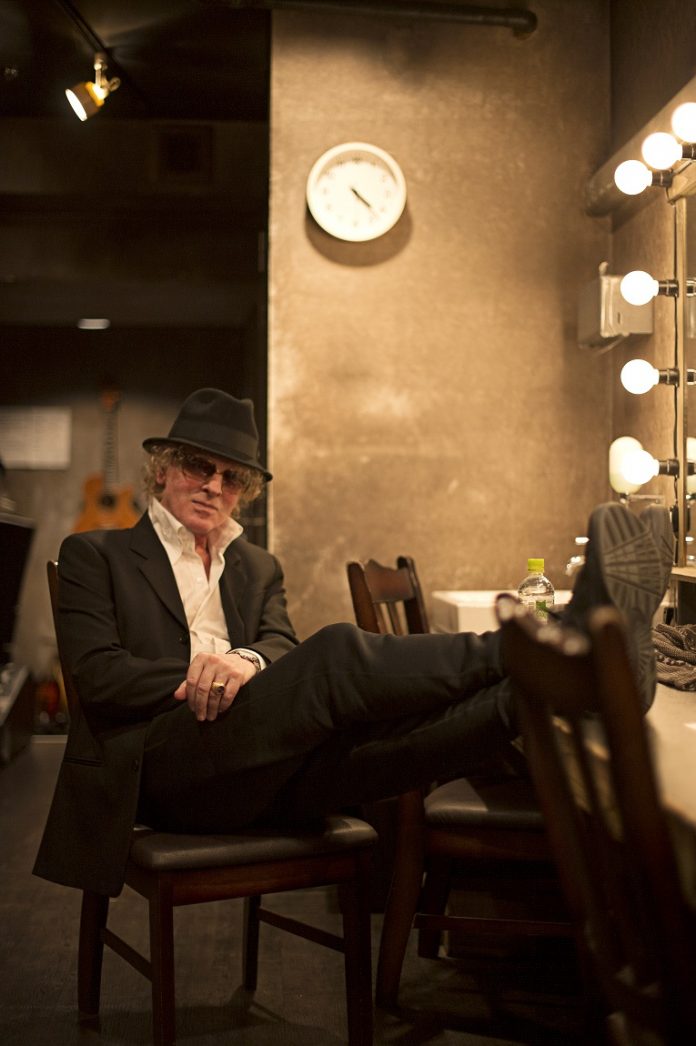 Following on from last year’s fond tribute to David Bowie, ‘Dandy,’ Ian Hunter releases a second cut from his widely acclaimed new solo album, ‘Fingers Crossed.’ A vivacious stomper, recorded at HOBO Studios in New Jersey, and co-produced by Hunter and Andy York, ‘Ghosts’ was inspired by a 2014 visit to Union Avenue in Memphis where Ian and the Rant Band were invited to jam in rock ‘n’ roll pioneer Sam Phillips’ legendary Sun Studio.

As leader of ‘70s British rock legends Mott the Hoople and as a hugely influential solo artist, Ian Hunter is widely revered as one of rock’n’roll’s most compelling performers and one of its most articulate songwriters. As author of such immortal anthems as, “All The Way From Memphis”, “Once Bitten, Twice Shy” and “Cleveland Rocks” and the voice of such landmark albums as, “All The Young Dudes”, “Mott”, “Ian Hunter” and “You’re Never Alone With A Schizophrenic”, he remains a hero to fellow musicians and fans around the world.

‘Ghosts’ will be released on 9th June 2017 on Proper Records. Listen to ‘Ghosts’ here: https://www.youtube.com/watch?v=PPrRpkfdGeQ