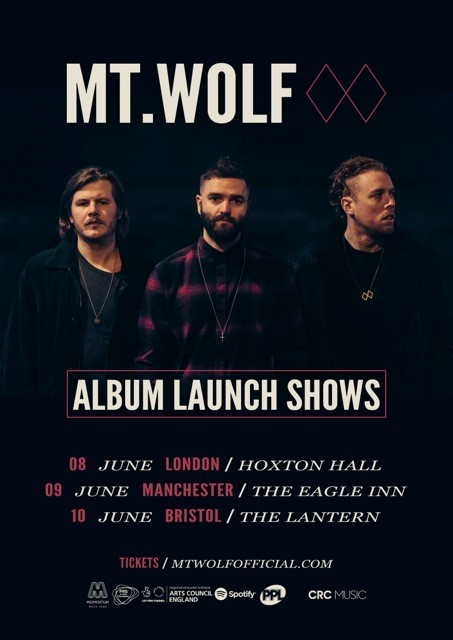 Mt. Wolf have experienced much since their early days as a band – line-up changes, enviable hype and interest and, most of all, a sense of expectation that has never left them. With upcoming debut album ‘Aetherlight’ (pre-order) set to not only meet but exceed those tall expectations, they have released the second track from the record, and the first single proper ‘Heavenbound’. Owing a melodic debt to Echo & The Bunnymen and The National while retaining the sky-scraping atmospherics that have become the band’s trademark, the record captures them at perhaps their most anthemic yet.

Patience has been the key, as the band worked tirelessly behind the scenes towards the all-encompassing sound for their new material that they had always aimed for. After a productive 12 months with super-producer Ken Thomas (Sigur Ros, M83, Daughter) they have returned with a debut album that confirms that sound is now very much realised.

The band will play the following shows to launch the album: