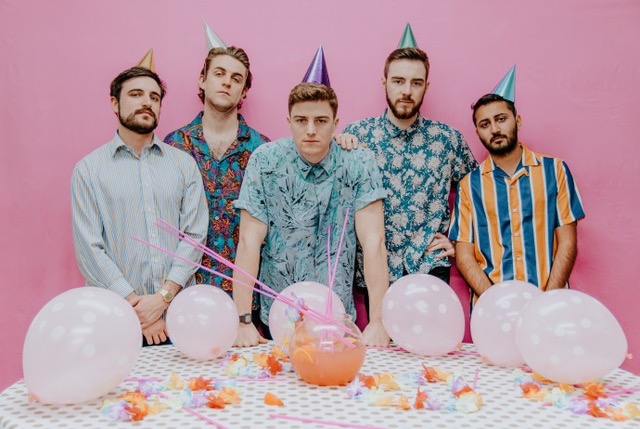 ONLY SUN are back with a new single: ‘VICE’. Packed with dizzyingly rapid-fire vocals duels and tautly triggered key-changes, this fresh new cut from the rising High Wycombe five piece is drivingly frenetic and darkly funky in equal measure.

Revamped with an invigorating lust for life and a refreshed zeal for their work, ‘VICE’ is a proud statement of intent from a band back-from-the-brink. As Only Sun explain:

‘“VICE. Everyone’s got one. Whether it’s your career, sport, music or anything else under the sun. It feels good to slip into routine, let the muscle memory take control, watch yourself at work and think “God, I’m good at this”. This epitomises the feeling Only Sun have when they step out onto that stage. After some serious uncertainty about the band’s future VICE truly speaks of the reuniting of the band’s soul and infatuation. Allowing it to take over them in a moment of pure bliss. Live life addicted, live life VICE.’”

Landing on the 15th March, ‘VICE’ arrives as the latest single to be released by London’s hottest new label: CLOSEUP, an innovative new collaboration between LDN promoters Close-Up and the Modern Sky UK label.

Only Sun now look forward to a string of their own headline shows right around the corner, plus winning over audiences at major festivals including this year’s Liverpool Sound City. Bouncing on from their sold out London appearance earlier this month, fans in Bristol, Liverpool, Birmingham and Leeds can grab a piece of the action at the following dates and venues…