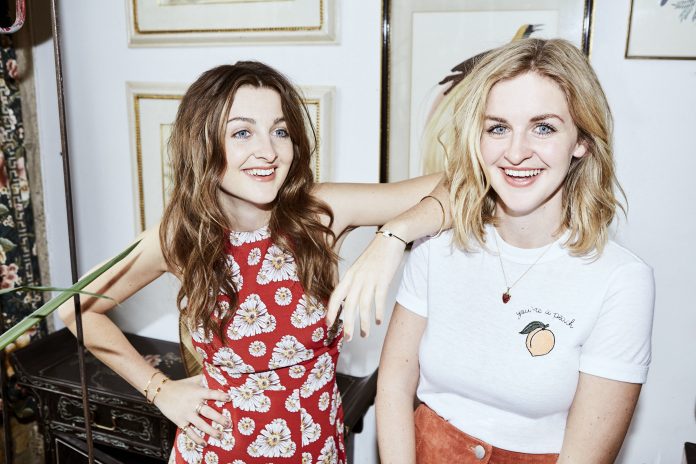 Chart topping twins Ward Thomas announce the release of ‘Boomerang’, the fourth single to be taken from their record breaking number one album ‘Cartwheels’. ‘Boomerang’, their 4th straight Radio 2 A-listed single, is out February 3rd on Sony/WTW Music.

A complete feel-good moment on the album, ‘Boomerang’ is classic Ward Thomas – combining irresistible melodies and harmonies with quick-witted, perceptive lyrics. The track is, “about trying to move on from someone. But every time you try, something happens that takes you right back to square one!” Lizzy and Catherine penned the song in London along with Helen Boulding and Shridhar Solanki.

Ward Thomas had an incredible 2016, reaching number one with their sophomore album ‘Cartwheels’. The girls said, “What an incredible year that’s come and gone! We’ve had lots to celebrate and now we’re looking forward to 2017 as already there is so much ahead of us!”

The girls played a run of 16 completely sold out UK dates in October last year, and crowned off their live schedule with a spectacular sold out show at the Brooklyn Bowl in December for the Christmas Country 2 Country Social. Following an appearance at Eurosonic in January and a trip to Australia where they play the CMC Rocks festival, Ward Thomas return to the UK live circuit in April to kick off easily their biggest tour to date, including Shepherds Bush Empire on May 10th.